We Have Only This Life to Live: The Selected Essays of Jean-Paul Sartre 1939-1975 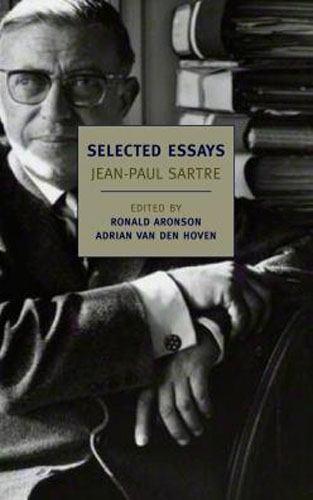 We Have Only This Life to Live: The Selected Essays of Jean-Paul Sartre 1939-1975

One of the most brilliant and versatile writers as well as one of the most original thinkers of the twentieth century. -Times (London) Philosopher, novelist, playwright, biographer, journalist, and activist, Jean-Paul Sartre was also-and perhaps above all-a great essayist. The essay was uniquely suited to Sartre because of its intrinsically provisional and open-ended character. It is the perfect form in which to dramatize the existential character of our deepest intellectual, artistic, and political commitments. This new selection of Sartre’s essays, the first in English to draw on the entire ten volumes of his collected essays as well as previously unpublished work, includes extraordinarily searching appreciations of such writers and artists as Faulkner, Bataille, and Giacometti; Sartre’s great address to the French people at the end of the occupation, The Republic of Silence ; sketches of the United States from his visit in the 1940s; reflections on politics that are both incisive and incendiary; portraits of Camus and Merleau-Ponty; and a candid reckoning with his own career from one of the interviews that ill-health made his prime mode of communication late in life. Together they add up to an unequaled portrait of a revolutionary and sometimes reckless thinker and writer and his contentious, difficult but never less than interesting times. The essays have been translated by several translators.