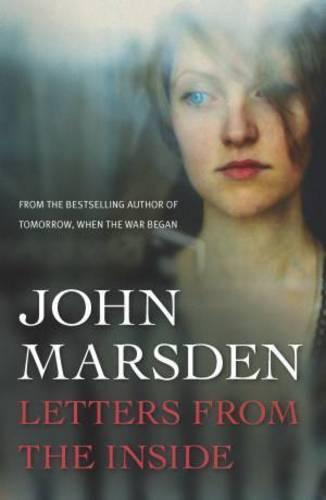 From the multi-award winning and bestselling author of Tomorrow, When the War Began [An] extraordinarily sensitive and engaging novel The Guardian Two teenage girls. An innocent beginning to friendship. Two complete strangers who get to know each other a little better each time a letter is written and answered. Mandy has a dog with no name, an older sister, a creepy brother, and some boy problems. Tracey has a horse, two dogs and a cat, an older sister and brother, and a great boyfriend. They both have hopes and fears… and secrets. Dear Tracey I don’t know why I’m answering your ad, to be honest. It’s not like I’m into pen pals, but it’s a boring Sunday here, everyone’s out, and I thought it’d be something different… Dear Mandy Thanks for writing. You write so well, much better than me. I put the ad in for a joke, like a dare, and yours was the only good answer… Fans of Veronica Roth, Suzanne Collins and John Flanagan will love John Marsden.

END_OF_DOCUMENT_TOKEN_TO_BE_REPLACED

Darkness, Be My Friend: Tomorrow Series 4

So Much To Tell You: 25th Anniversary Edition

The Night is for Hunting: Tomorrow Series 6