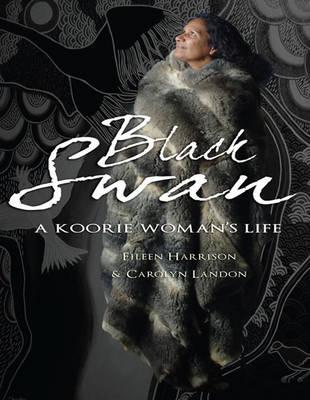 A frank and powerful memoir of the life of an Aboriginal woman, from her early years in a mission to discovery of her talent as a painter It’s bad luck to catch a black swan. Eileen Harrison grew up at in an Aboriginal mission station in the 1950s as one of 11 children in a tight-knit, loving family. When the new assimilation policy comes in, they are wrenched from the mission and sent off to the city of Ararat in Victoria, Australia, in the hope that they will become part of that community. Unable to build a stable life in the face of isolation and discrimination, the family is torn apart, and Eileen must become the protector and the peacemaker. As a child, Eileen set free a black swan caught in a hessian bag–now the story of the magical black swan from her childhood provides an uncanny map for her life as she struggles to find her path. After many years she discovers her talent as a painter and builds a new life for herself. Powerfully told in Eileen’s words, her experiences speak eloquently of what has happened to Aboriginal people over the last half-century.