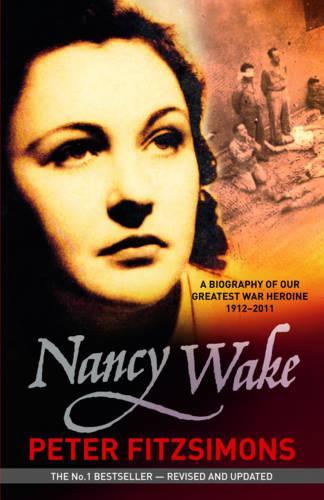 The gripping true story of the woman who became the Gestapo’s most wanted spy In the early 1930s, Nancy Wake was a young woman enjoying a bohemian life in Paris. By the end of the Second World War, she was the Gestapo’s most wanted person. As a naive, young journalist, Nancy Wake witnessed a horrific scene of Nazi violence in a Viennese street. From that moment, she declared that she would do everything in her power to rid Europe of the Nazis. What began as a courier job here and there became a highly successful escape network for Allied soldiers, perfectly camouflaged by Nancy’s high-society life in Marseille. Her network was soon so successful - and so notorious - that she was forced to flee France to escape the Gestapo, who had dubbed her the white mouse for her knack of slipping through its traps. But Nancy was a passionate enemy of the Nazis and refused to stay away. Supplying weapons and training members of a powerful underground fighting force, organising Allied parachute drops, cycling four hundred kilometres across a mountain range to find a new transmitting radio - nothing seemed too difficult in her fight against the Nazis. Peter FitzSimons reveals Nancy Wake’s compelling story, a tale of an ordinary woman doing extraordinary things. For fans of A Woman of No Importance and Code Name: Lise comes the true story behind the historical fiction novels Code Name Helene and Liberation.