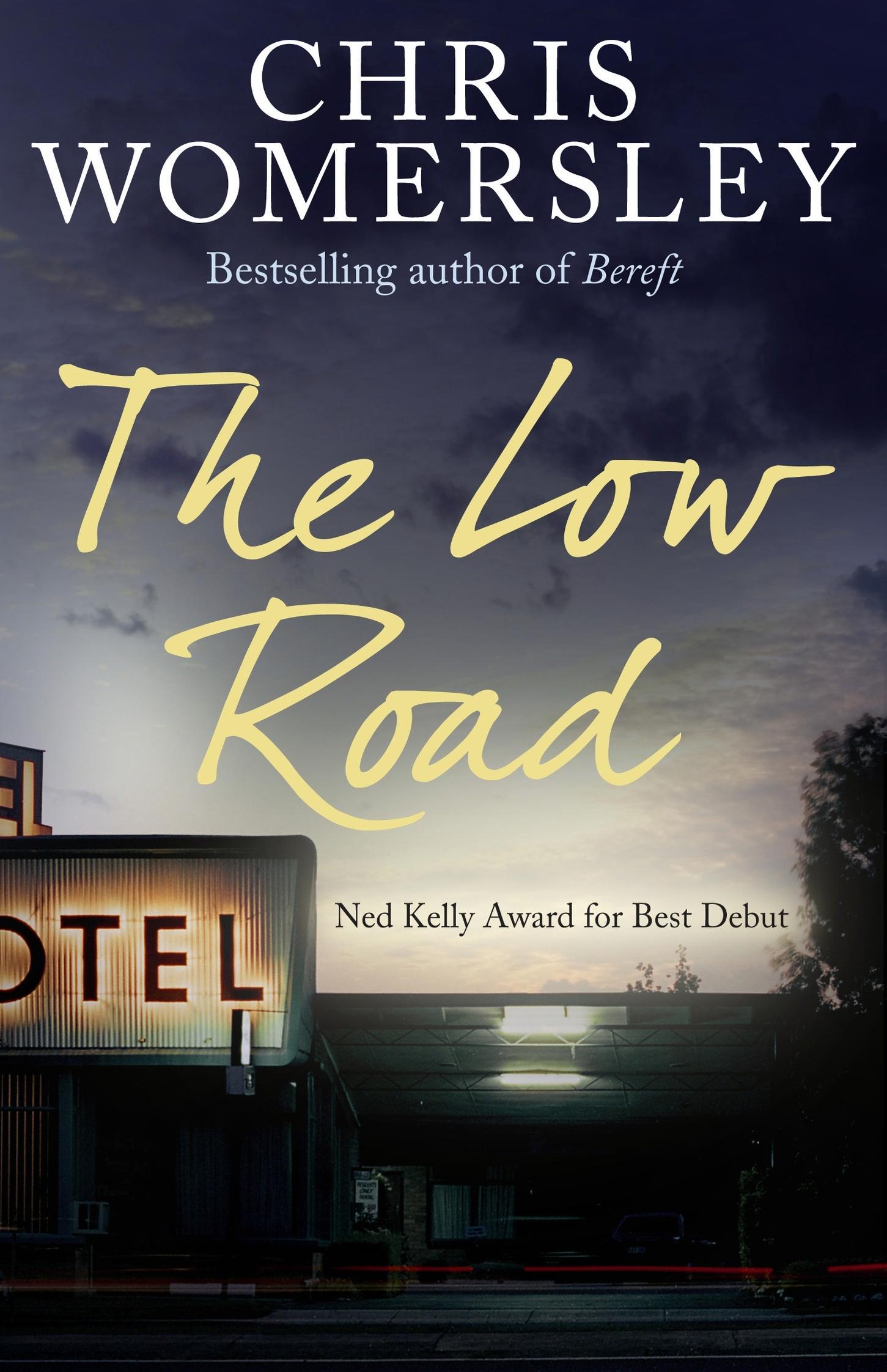 Shortlisted, The Prize for an Unpublished Manuscript by an Emerging Victorian Writer, 2006 Victorian Premier’s Literary Awards

‘Chris Womersley’s first novel is so stark and pitiless that it’s hard to keep reading. But it’s harder to stop.’ Gideon Haigh

‘The Low Road is an immensely powerful and gruelling novel that makes violence and the kinship of criminals seem as fascinating and inevitable as the strange workings of the interior of the body.’ Brenda Walker

A young petty criminal, Lee, wakes in a seedy motel to find a bullet in his side and a suitcase of stolen money next to him, with only the haziest memory of exactly how he got there. Soon he meets Wild, a morphine-addicted doctor who is escaping his own disastrous life. The two men form an unwilling, unlikely alliance and set out for the safety of a country estate owned by a former colleague of Wild?s named Sherman. As they flee the city, they develop an uneasy intimacy, inevitably revisiting their pasts even as they desperately seek to evade them. Lee is haunted by a brief stint in jail, while Wild is on the run from the legacy of medical malpractice. But Lee and Wild are not alone: they are pursued through an increasingly alien and gothic landscape by the ageing gangster Josef, who must retrieve the stolen money and deal with Lee to ensure his own survival. By the time Josef finally catches up to them, all three men have been forced to confront the parts of themselves they sought to outrun. Part classic film-noir crime-thriller, part modern tale of despair and desperation, The Low Road seduces the reader into a story that unfolds and deepens hypnotically. This is a brilliant debut novel.

END_OF_DOCUMENT_TOKEN_TO_BE_REPLACED

It is 1919. The Great War has ended, but the Spanish flu epidemic is raging across Australia. Schools are closed, state borders are guarded by armed men, and train travel is severely restricted. There are rumours it is the end of...

A suitcase of stolen cash has brought three criminals together. One has a bullet in his side. One has blood on his hands. One has vengeance on his mind. Each has run from their past. Each will now fight for their future.