Transnational Migration and Work in Asia 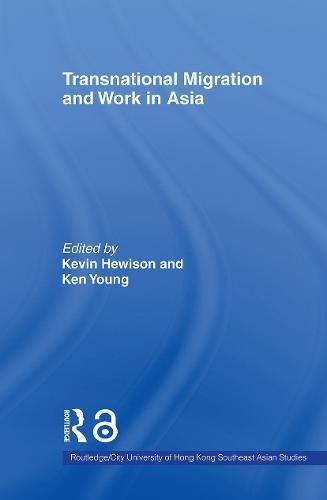 Transnational Migration and Work in Asia

The International Labour Organisation estimates that there are roughly ninety-six million migrant workers, immigrants, and members of immigrant families worldwide, with seven million of these being in South and East Asia. Focusing on the issues associated with migrating for work both in and from the Asian region, this unique text sheds new light on the debate over migration and trafficking - increasing our understanding and awareness of this major twenty-first century concern. The first of its kind to look at the non-professionals who make up the vast majority of migrant workers in the Asian region, this book provides a broad perspective, firmly rooted in modern reality, by including case studies on Thailand, Indonesia, Hong Kong, Nepal and China, and the US. With contributions from an international team of well-known scholars, the book sets labour migration firmly within the context of globalisation, providing a focused, contemporary discussion of what is undoubtedly a significant issue in today’s world.