War Made New: Weapons, Warriors, and the Making of the Modern World 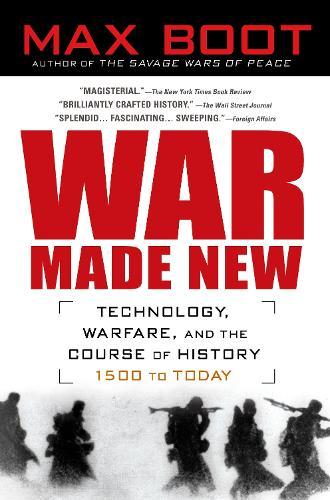 War Made New: Weapons, Warriors, and the Making of the Modern World

A monumental, groundbreaking work, now in paperback, that shows how technological and strategic revolutions have transformed the battlefield Combining gripping narrative history with wide-ranging analysis, War Made New focuses on four revolutions in military affairs and describes how inventions ranging from gunpowder to GPS-guided air strikes have remade the field of battle-and shaped the rise and fall of empires. War Made New begins with the Gunpowder Revolution and explains warfare’s evolution from ritualistic, drawn-out engagements to much deadlier events, precipitating the rise of the modern nation-state. He next explores the triumph of steel and steam during the Industrial Revolution, showing how it powered the spread of European colonial empires. Moving into the twentieth century and the Second Industrial Revolution, Boot examines three critical clashes of World War II to illustrate how new technology such as the tank, radio, and airplane ushered in terrifying new forms of warfare and the rise of centralized, and even totalitarian, world powers. Finally, Boot focuses on the Gulf War, the invasion of Afghanistan, and the Iraq War-arguing that even as cutting-edge technologies have made America the greatest military power in world history, advanced communications systems have allowed decentralized, irregular forces to become an increasingly significant threat.