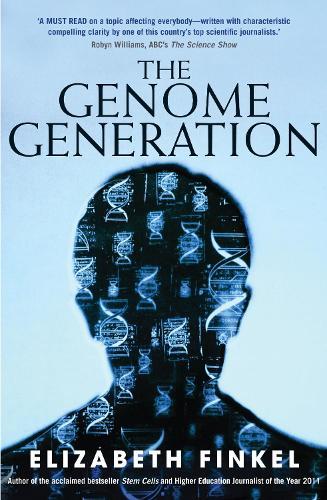 The year 2001 marked more than just the beginning of Stanley Kubrick’s space odyssey; it marked the beginning of the genome era. That was the year scientists first read the 3 billion letters of DNA that make up the human genome. This was followed by a veritable Noah’s Ark of genomes - sponges and worms, dogs and cows, rice and wheat, chimps and elephants - 180 creatures aboard so far. So what have we learned from all this? How has it changed the way we practise medicine, grow crops and breed livestock? What have we learned about evolution?
These are the questions science writer and molecular biologist Elizabeth Finkel asked herself four years ago. To find the answers she travelled the science frontier from Botswana to Boston, from Warracknabeal to Mexico and tracked down scientists working in the field. Their stories, told here, paint the picture of what it means to be part of the genome generation.
$32.99Add to basket ›