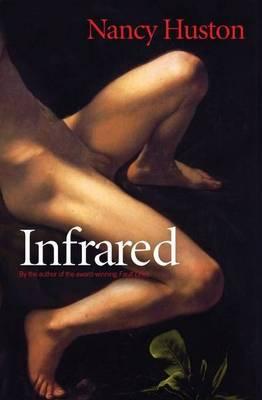 After a childhood marked by pain, Rena Greenblatt has found the strength to build a successful career as a photographer. Like the ultrasensitive infrared film she uses, Rena sees what others don’t see, and finds a form of love. By photographing men’s bodies, she hopes to glimpse their souls. Away from her lover, Aziz, stuck in Florence with her infuriating stepmother and her ageing, unwell father, Rena confronts not only the masterpieces of the Renaissance but the banal inconveniences of a family holiday. At the same time, she finds herself travelling into dark and passionate memories that will lead her to a series of disturbing revelations. With exceptional flair and talent, Nancy Huston explores the links between family intimacies and our collective lives, between destruction and creation. In the spirit of her bestselling novel Fault Lines, Infrared is a story about how childhood, family, and our culture all have a direct impact on our sexuality.

Nancy Huston is an award-winning Canadian author who writes most of her fiction in French before translating it into English herself. This novel was first published in French as Infrarouge in 2010. Interestingly Huston, who was born in Canada, is not a native French speaker and did not learn French until she was an adult, but she has said she found her literary voice writing in French and not English. I always wonder what I must be missing when I read a translation; surely the original literary voice is not translatable especially when it is done by another author. I found it fascinating that this book is a translation not only by the author herself but that it is translated back into the author’s native language. It certainly doesn’t read like translation but I couldn’t help thinking that some of the more erotic passages might have been more convincing in the original French.

The book centres around 45-year-old Rena who is a professional photographer and on holiday in Tuscany with her elderly father and stepmother. The blurb reads that as a photographer ‘her specialty is ultrasensitive infrared film; she sees what others cannot. Photographing men naked, she hopes to glimpse their souls.’ Personally I found this concept a little uninspired but blurbs do have a tendency to distill complex concepts into cliché so I decided to ignore this. However by page five, when it becomes clear that most of the narrative will be memories recounted to ‘Subra’ who is Rena’s ‘special Friend’ i.e. a name she has given to the voice in her head, I was irritated enough to check how many pages I had left to read. I persisted however and as soon as it becomes clear that Rena herself is an unreliable narrator, the darker subjects recounted by Rena to Subra take on a more complex and interesting tone. I genuinely enjoyed the decidedly non-romantic account of being a tourist in Tuscany, and Huston perfectly captures the frustration of travel with elderly parents. This book may not be to everyone’s taste but there is an originality to this work that is worth a look.