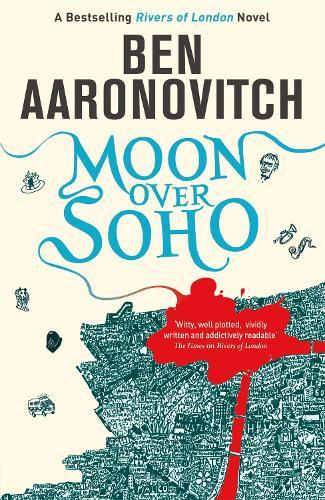 The second in the RIVERS OF LONDON series of urban fantasy/police procedurals featuring Peter Grant. ‘When I was a kid, it was my job to change my dad’s records while he lounged around and drank tea. This is why I know my Argo from my Tempo and why, when Dr Walid called me down to the morgue to listen to a corpse, I recognised the tune it was playing as 'Body and Soul’. Not literally playing, you understand, but something violently supernatural had happened to the victim on or around his death, something strong enough to leave its imprint on his corpse as if it were a wax cylinder recording. The former owner of the body was one Cyrus Wilkinson, part-time jazz saxophonist and full-time accountant, who dropped dead of a heart attack half an hour after finishing a gig in a Soho jazz club. He wasn’t the first.‘

END_OF_DOCUMENT_TOKEN_TO_BE_REPLACED

Whispers Under Ground: The Third Rivers of London novel