Blaze of Glory: The First Volume of the Laws of Magic 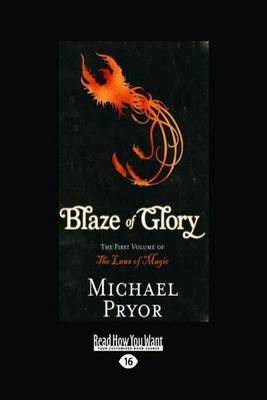 Blaze of Glory: The First Volume of the Laws of Magic

Aubrey Fitzwilliam is the son of a prominent ex-prime minister. He’s also brilliant at magic, but he’s stuck at military school. At least he has his best friend, George, there to back him up. George would follow Aubrey anywhere - and with Aubrey’s talent for thinking up impulsive and daring schemes that will get them both in trouble, that’s no easy thing to do. At a royal hunting party, the boys discover a golem, a magical creature built to perform one task: to kill Prince Albert. Aubrey and George are hailed as heroes for foiling the murder attempt - but who sent the golem, and why? Aubrey is far too curious to let the authorities handle this one, and he and George start investigating