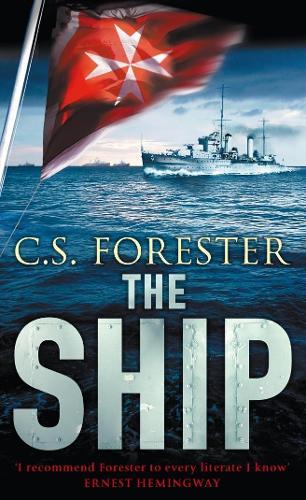 Fantastic new B format package for the entire Hornblower series One vital convoy can break Mussolini’s stranglehold on Malta - but it is intercepted in the Mediterranean by enemy warships … Five light British cruisers are left to beat back the armed might of the Italian battle fleet and C.S. Forester - creator of Horatio Hornblower - takes us aboard HMS Artemis as she steams into battle against overwhelming odds. We get inside the heads of Artemis’s men, from the Captain on his bridge down to the lowest engine room rating, as they struggle over one long and terrifying afternoon to do their duty. C. S. Forester brilliantly recounts life aboard a British warship during some of the darkest days of the Second World War- capturing the urgency of the blazing guns, the thunderous rupturing of deck plates, the screams of pain and the shouts of triumph.