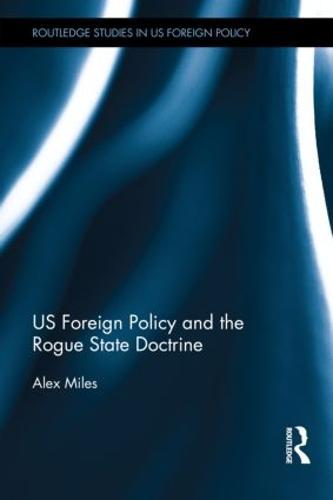 This work offers a detailed and complete evaluation of the rogue states issue, placing US strategy in a historical context and exploring the domestic and international factors that influenced decision making in the 1990s and post-9/11 era. The rogue states doctrine entered the policy lexicon during the Clinton administration, replacing Soviet communism as the fundamental challenge to US national security and later becoming pivotal to George W. Bush’s ‘war on terror’. Policymakers in the post-Cold War era focused their attention on a small group of regimes identified as posing a risk to international stability, and exhibiting a deep-rooted antipathy of the US. The targeting and labelling of the rogue states by executive and legislative officials was a uniquely American approach, which served domestic political goals and related national security priorities but failed to secure consistent support amongst international partners. The book presents a detailed analysis of the policies developed and implemented by the Clinton and Bush administrations; identifying four key stages of the US approach since the end of the Cold War. The book will build a broad picture of US relations with the individual rogue states, addressing: the factors that explain why America targeted the states in question; the extent to which the Clinton and Bush approach to rogue states connected with their wider foreign policy vision; the role of domestic political factors in the implementation of policy; and the continuity and change in US policy between 1993 and 2004. By considering the impulses and drivers behind the development of the rogue states approach, this work will extend the scope of existing work in the field and will be of interest to scholars and policymakers alike.