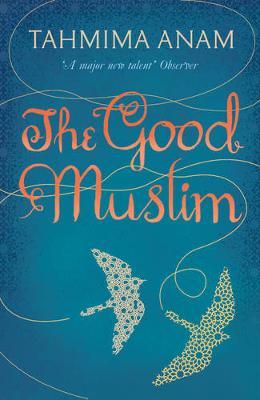 One hot afternoon in a remote Bangladeshi village, a telegram brings life-changing news to Maya Haque’s door… Eight years before, a brutal war tore Maya’s country - and her family - apart. Now Maya realises it is time to return home at last. She arrives to find that everything has changed. Her old friends have been seduced by the lure of new money, her city streets have been renamed and the freedom she had once yearned for is a long-forgotten dream. Worst of all, her beloved brother, Sohail, has become a stranger to her, abandoning his liberal beliefs to become a strict religious leader. As she attempts to come to grips with her brother’s radicalism, Maya will be forced to rethink what it means to be a good daughter, sister, friend and citizen - and a good Muslim. Set in the dusty streets of Dhaka and the villages and river-islands of rural Bangladesh, at a time when the rise of religious fundamentalism was a whisper in the wind, The Good Muslim is an epic, unforgettable story of the challenges of peace in the long shadow of war. It is a novel that cleaves to the simple truth that shape all of our lives- that the bonds of family and love often strain to bear the weight of history. ‘An unforgettable journey through a young nation trying to define itself.’ Kamila Shamsie

Set in Bangladesh in the 1970s and 80s, The Good Muslim is Tahmima Anam’s second book in a trilogy; the first novel A Golden Age won the 2008 Commonwealth Writers Prize for Best First Book. However this book easily stands alone. Against the backdrop of post-war Dhaka the personal and the political entwine, and then draw apart the lives of Maya and her brother Sohail. In March this year, Bangladesh celebrated the fortieth anniversary of liberation and Anam draws on her personal history to tell a story that is not so well known in the West yet.

Sohail, fighting in a guerrilla regiment returns with the indelible mark of what he has seen. He turns to faith to make sense of life after the war, to undo that which perhaps can never be undone. Maya, in contrast, is connected to people, travelling through villages as a crusading doctor for women, and returns nearly a decade after the end of the war. It is through Maya’s eyes that Anam uncovers the moral choices made in the aftermath of war and how the past sculpts the future. The question of who or what makes a good Muslim is left to interpretation and it is the test of living in peacetime that has the strongest resonance in this story.

Although the narrative’s movement between two decades can distract, it mirrors important experiences in Maya and Sohail’s lives, revealing the distance between their post-war selves and how their actions, borne of fundamentalism and humanism, result in an overwhelming tragedy. *The Good Muslim* is at times bleak – there is torture, child abuse and illness – but Anam’s elegant prose counteracts the most distressing events with a lightness that does not lessen the realities of war and peace, and the challenge inherent in putting things right.