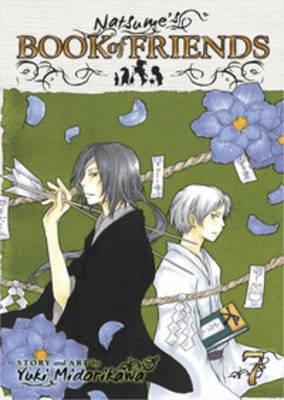 Takashi Natsume has always been aware of the supernatural world, but after he inherits a magical book from his grandmother, the supernatural world is aware of him! Takashi Natsume can see the spirits and demons that hide from the rest of humanity. He has always been set apart from other people because of his gift, drifting from relative to relative, never fitting in. Now he’s a troubled high school student who has come to live in the small town where his grandmother grew up. And there he discovers that he has inherited more than just the Sight from the mysterious Reiko. Someone is attacking yokai and stealing their blood, and Takashi is dismayed to discover that the assailant is human! The more he investigates the attacks, the more danger he finds himself in as he digs deeper into the occult world of the exorcists. Someone is planning something horrible, and even the help of Natori-actor and exorcist extraordinaire-might not be enough to save the yokai…or Takashi!