Camera Historica: The Century in Cinema 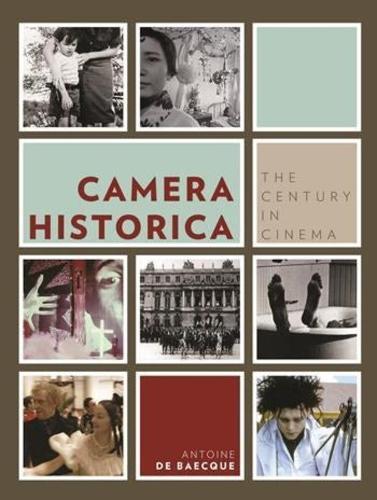 Camera Historica: The Century in Cinema

Antoine de Baecque proposes a new historiography of cinema, exploring film as a visual archive of the twentieth century, as well as history’s imprint on the cinematic image. Whether portraying events that occurred in the past or stories unfolding before their eyes, certain twentieth-century filmmakers used a particular mise-en-scene to give form to history, becoming in the process historians themselves. Historical events, in turn, irrupted into cinema. This double movement, which de Baecque terms the cinematographic form of history, disrupts the very material of film, much like historical events disturb the narrative of human progress. De Baecque defines, locates, and interprets cinematographic forms in seven distinct bodies of cinema: 1950s modern cinema and its conjuring of the morbid trauma of war; French New Wave and its style, which became the negative imprint of the malaise felt by young contemporaries of the Algerian War; post-Communist Russian films, or the de-modern works of catastroika; contemporary Hollywood films that attach themselves to the master fiction of 9/11; the characteristic mise en forme of filmmaker Sacha Guitry, who, in Si Versailles m'etait conte (1954), filmed French history from inside its chateau; the work of Jean-Luc Godard, who evoked history through his own museum memory of the twentieth century; and the achievements of Peter Watkins, the British filmmaker who reported on history like a war correspondent. De Baecque’s introduction clearly lays out his theoretical framework, a profoundly brilliant conceptualization of the many ways cinema and history relate.