A Murder of Quality 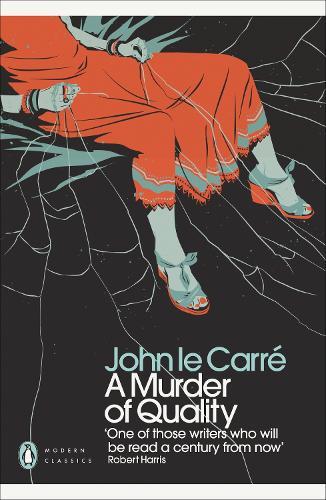 A Murder of Quality

Le Carre’s ingenious mysery, featuring his most famous recurring character, George Smiley Stella Rode has twice disturbed the ancient cloisters of Carne School- firstly by being the wrong sort, with her doyleys and china ducks, and secondly by being murdered. George Smiley, who has his own connection with the school, is asked by an old Service friend to investigate. As Smiley probes further beneath Carne’s respectable veneer, he uncovers far more than a simple crime of passion. In his second George Smiley novel, le Carre moves outside the world of espionage to reveal the secrets at the heart of another particularly English institution. The result is a pitch-perfect murder mystery, with Smiley as master detective.