What-the-Dickens: The Story of a Rogue Tooth Fairy 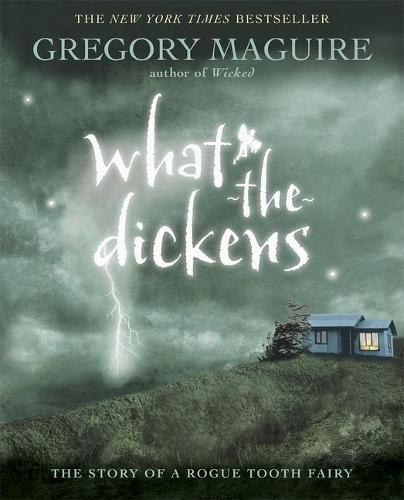 What-the-Dickens: The Story of a Rogue Tooth Fairy

A New York Times Bestseller! From the best-selling author of Wicked, a transporting tale-within-a-tale about the strange world of skibbereen - aka tooth fairies - and the universal need to believe. A terrible storm is raging, and ten-year-old Dinah is huddled by candlelight with her brother, sister, and cousin Gage, who is telling a very unusual tale. It’s the story of What-the-Dickens, a newly hatched orphan creature who finds he has an attraction to teeth, a crush on a cat named McCavity, and a penchant for getting into trouble. One day he happens upon a feisty girl skibberee who is working as an Agent of Change - trading coins for teeth - and learns that there is a dutiful tribe of skibbereen (call them tooth fairies) to which he hopes to belong. As his tale of discovery unfolds, however, both What-the- Dickens and Dinah come to see that the world is both richer and less sure than they ever imagined.