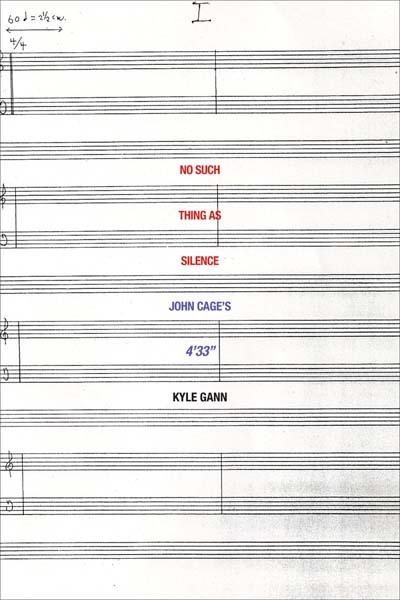 A vibrant portrait of the importance, influence, and impact of John Cage’s iconic piece 4'33 by a leading modern music critic First performed at the midpoint of the twentieth century, John Cage’s 4'33 , a composition conceived of without a single musical note,is among the most celebrated and ballyhooed cultural gestures in the history of modern music. A meditation on the act of listening and the nature of performance, Cage’s controversial piece became the iconic statement of the meaning of silence in art and is a landmark work of American music. In this book, Kyle Gann, one of the nation’s leading music critics, explains 4'33 as a unique moment in American culture and musical composition. Finding resemblances and resonances of 4'33 in artworks as wide-ranging as the paintings of the Hudson River School and the music of John Lennon and Yoko Ono,he provides much-needed cultural context for this fundamentally challenging and often misunderstood piece. Gann also explores Cage’s craft, describing in illuminating detail the musical, philosophical, and even environmental influences that informed this groundbreaking piece of music. Having performed 4'33 himself and as a composer in his own right, Gann offers the reader both an expert’s analysis and a highly personal interpretation of Cage’s most divisive work. ]]>

END_OF_DOCUMENT_TOKEN_TO_BE_REPLACED

First performed at the midpoint of the twentieth century, John Cage's 4'33 , a composition conceived of without a single musical note, is among the most celebrated and ballyhooed cultural gestures in the history of modern music....