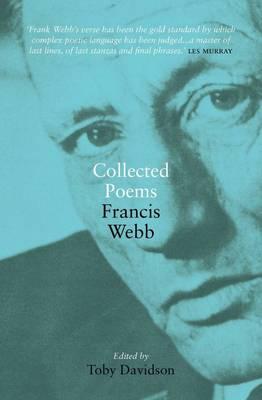 Francis Webb (1925-1973) grew up in North Sydney with his paternal grandparents, who encouraged his love of music, books and the sea. In 1942, during his final year of secondary school, his writing first appeared in the Bulletin, which led to friendships with Douglas Stewart, Nan McDonald, Rosemary Dobson and Norman Lindsay, who illustrated his debut collection A Drum for Ben Boyd. In 1943 he joined the Air Force, completing his training as a Wireless Air Gunner in Canada in late 1944. After a sea voyage from Canada to England in 1949, he suffered the first of a series of breakdowns which increasingly restricted his life but not his prodigious poetic gifts.