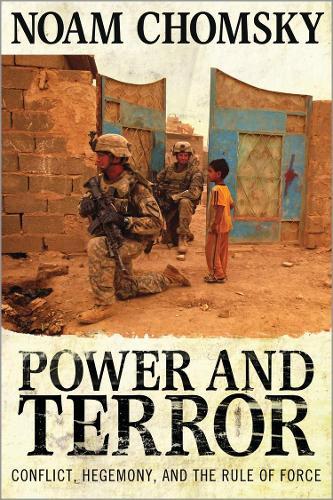 The ten years of US foreign policy since 9/11 have been characterised by war, torture and rendition. In Power and Terror, Noam Chomsky places these developments in the context of America’s long history of aggression and imperialism. Arguing that the US is responsible for much of the terror that it claims to be fighting, Chomsky elegantly explains US actions abroad and their deadly consequences.
Including talks, question and answer sessions and unpublished essays, this collection offers the perfect introduction to Chomsky for those unfamiliar with his work, as well as a handy reference guide for seasoned activists. As Obama continues, and in some ways escalates, Bush’s militarism, Power and Terror is a timely reminder of why it is so important to insist that the United States lives up to the moral standards it demands of others.
$37.95Add to basket ›

END_OF_DOCUMENT_TOKEN_TO_BE_REPLACED

A New Generation Draws the Line: ‘Humanitarian’ Intervention and the Standards of the West