Page 19 of our blog posts

All Our Shimmering Skies by Trent Dalton The Survivors by Jane Harper Vegan With Bite by Shannon Martinez The Living Sea of Waking Dreams by Richard Flanagan Honeybee by Craig Silvey The Lying Life of Adults by Elena Ferrante (translated by Ann Goldstein) Unseen by Jacinta Parsons To Asia, with Love by Hetty McKinnon A Life on Our Planet by David Attenborough A Year of Simple Family Food by Juli…

Each week we bring you a sample of the books we’re reading, the films we’re watching, the television shows we’re hooked on, or the music we’re loving. Bronte Coates is reading Transcendent Kingdom by Yaa Gyasi

When I read Yaa Gyasi’s brilliant debut novel in 2016 I was impressed by her skilful prose, and in particular, her talent for conjuring unusual images. Transcendent Kingdom is her sec…

Louise Glück wins the Nobel prize in literature for 2020

This year’s Nobel prize for literature has been awarded to American poet Louise Glück.

Born in New York City in 1943, Glück is one of America’s most widely celebrated and recognised poets. She has been the recipient of both the Pulitzer Prize and two National Book Awards, as well as numerous others accolades. In 2003, she was named the United States' poet laureate.

The finalists for this year’s National Book Awards have been announced.

2020 Finalists for Fiction Leave the World Behind by Rumaan Alam A Children’s Bible by Lydia Millet The Secret Lives of Church Ladies by Deesha Philyaw Shuggie Bain by Douglas Stuart Interior Chinatown by Charles Yu 2020 Finalists for Nonfiction The Dead Are Arising: The Life of Malcolm X by Les Payne & Tamara Payne Un…

The best new food & gardening books of the month

This month, our food and gardening columnist recommends four cookbooks from Australian foodies. To Asia, With Love by Hetty McKinnon

This is what we love about Hetty McKinnon’s recipes: uncomplicated, kind and generous dishes served with a little twist here and there. Her latest cookbook is a riot of flavour and colour with family mealtime considered. If you love a little spice in your life…

To Asia, with Love

Recommended YA books for October

This month in young adult books we have magical booksellers, a life-changing trip to France, a secret-filled schoolies week, emotional contemporary stories, and a near-future visual feast. Find our October picks for kids books here. YA BOOK OF THE MONTH The Left-Handed Booksellers of London by Garth Nix

Eighteen-year-old Susan Arkshaw arrives in London in search of her father. But befor…

This month we’ve got the sweetest and most inspiring picture books, quirky junior fiction, heartwarming real-life stories, and highly-anticipated fantasy epics. Find our October picks for YA books here. KIDS BOOK OF THE MONTH Windows by Patrick Guest

This uplifting picture book is written from Patrick’s own experience of having to leave the family home during the Coronavirus pandemic, d…

You might be surprised to know that year-to-date books sales in Australia are up 7.7% on last year, despite Victorian bookshops being pretty much closed for the last two and a half months. It’s good news for the Australian book industry, and heartening to see books being embraced as a means of inspiration and escape in the Netflix age. At Readings, our shop sales are down around 80%, but it’s not…

This month’s avalanche of brilliant new releases provokes mixed feelings for the bookseller in lockdown. There are so many fabulous books entering the world, but we do so miss introducing them to you through conversations in real life, in the lively bustle of our shops. We can’t wait to welcome you back to our shops – and when we can, you’ll see the huge piles of The Living Sea of Waking Dreams b…

The Living Sea of Waking Dreams by Richard Flanagan All Our Shimmering Skies by Trent Dalton The Survivors by Jane Harper Honeybee by Craig Silvey To Asia, with Love by Hetty McKinnon A Year of Simple Family Food by Julia Busuttil Nishimura Ottolenghi FLAVOUR by Yotam Ottolenghi & Ixta Belfrage The Lying Life of Adults by Elena Ferrante (translated by Ann Goldstein) Call of the Reed Warbler by C… 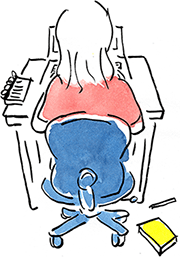