This is shaping up to be another big year for short stories – and the pre-publication hype around Andrew Porter’s silkily elegant, delicately barbed short stories in The Theory of Light and Matter recalls that around Wells Tower’s Everything Ravaged, Everything Burned in 2009. Jo Case – one of the many new fans of this award-winning writer – interviewed him for Readings.

In your title story, the narrator concludes that: ‘guilt, like any self-inflicted injury, becomes a permanent thing, as real as the act itself.’ Guilt – sometimes deserved, sometimes misplaced – recurs as a central theme in many of your stories. What is it that draws you to writing about it?

Well, in writing these particular stories, I think I was focusing a lot on characters who were having trouble moving forward in their present lives because of their inability to come to terms with something that had happened in their pasts. Usually their feelings about whatever had happened in the past were complex, but inevitably they always seemed to come around to questioning their own responsibility, their own guilt, and I suppose this is something that has always interested me. In other words, I think I’ve always been interested in why certain memories stay with us, or haunt us, and, more specifically, in why the memories that tend to haunt us the most are also usually those memories in which we question our own responsibility, or own culpability, in terms of the way things played out.

I was particularly impressed with your devastatingly effective endings – often double-edged, always beautifully crafted and prompting the reader to think further. How hard did you work to create those endings?

Endings are usually pretty tricky. If you’re lucky, they’ll sometimes present themselves to you during the writing process – you’ll suddenly see the final scene or realise the line you want to end on – but other times, the ending will elude you, and it might take quite a while before you actually find the exact sentence, or the exact piece of dialogue, that you want to end on. So, in answer to your question, I’d have to say that it really depends on the story. For example, the ending of my story ‘Hole’ came to me immediately, whereas the ending of my story ‘Azul’ eluded me for about five years. All I know is that I won’t ever say a story is truly ‘finished’ until I feel the ending is just right.

An uneasiness, a restlessness runs throughout these stories. Characters have misstepped, lost their way, wondered about the path not taken. Many stories seem to be as much about what didn’t happen as what did. Do you agree?

Yes, absolutely. In trying to understand the events of their pasts, many of my characters find themselves wondering ‘what if?’— almost as a way of trying to cope with or understand what has happened. And, of course, the ‘what if’ scenarios then end up becoming their own sort of reality, their own part of the story, and in some cases even add a certain level of complexity to what has actually happened.

The phrase ‘not right’ recurs throughout your stories, applying variously to your characters themselves and their behaviour. Was this a conscious theme, or is it something that simply came through as your wrote?

That phrase does appear a lot in the stories, though I don’t know that I was thinking about it consciously as I was writing them. I suppose, on some level, a lot of these stories are about characters who are perceived to be outsiders in their respective communities – whether it be the brother in ‘River Dog’, Mrs. Bently in ‘Connecticut’ or the Amish teenagers in ‘Departure’ – and so I found myself writing a lot about the idea of what is considered ‘normal’, or ‘right’, in contemporary society, mostly as a way of underscoring the kind of alienation that many of these characters feel.

Your stories are notable for the very real and often surprising dynamics in their relationships. There’s a deeper poignancy for the way that your characters are often frankly unromantic, or pragmatic. (For instance, in the title story, the narrator first realises she’ll marry her boyfriend because she could settle down with him ‘and not be unhappy’.) Do you work to eradicate false sentiment from your stories, or is that something you instinctively avoid?

I think it’s probably something I instinctively avoid. Or maybe it just comes from reading a lot. After you’ve read a certain amount of literature, I think you begin to develop a kind of radar when it comes to false sentiment.

The story ‘Azul’ is striking in its depiction of a couple unable to have children who experiment in parenting a teenage exchange student, seemingly for all the wrong reasons and in all the wrong ways – knowing they’re wrong but somehow unable to behave differently. What was the original idea behind that story?

Well, I wrote the first few paragraphs of ‘Azul’ in my early twenties, then put it away for a long time and kind of forgot about it, so it’s hard for me to remember the exact inspiration for that story. All I know is that when I rediscovered those paragraphs several years later, I saw a lot of dramatic potential in them. In particular, I found myself wondering: why had this young couple decided to host an exchange student? What was wrong in their own relationship? And how did they think that the presence of exchange student would help? I think that almost everything that happens in the story grew out of me trying to understand the answers to these questions.

There are some brilliant and original metaphors in your stories. For instance, in ‘Coyotes’, the teenager daydreaming of taming coyotes ‘like regular dogs, and let[ting] them sleep in our rooms’, as his parents’ marriage fails, partly due to his dad’s unsuitability for domesticity. How hard do you work to get these metaphors just right, to make them seem as natural and effortless as they do?

I’ve always felt that metaphors should grow organically out of the story. In other words, they shouldn’t be something that the writer forces, or imposes, upon the story. And so they’re not something I really find myself thinking about until pretty late in the revision process – for example, when I’m looking for a title. I guess I’ve always felt that metaphors exist all around us in our everyday lives, and so if you just try to write honestly, then the metaphors will take care of themselves.

There is a sense of inevitability driving many of your stories – we know or sense that particular characters or situations are somehow doomed and the narrative drive is about finding out the complexities of how that happens, often through a series of seemingly small actions. (Particularly in ‘Hole’.) Is that inevitability a central interest of yours when writing?

Well, it’s certainly a narrative strategy that I tend to use a lot. In some of the stories, for example, I wanted to keep what was going to happen a mystery to the reader, but in other stories – like ‘Hole’– I wanted to let the reader know from the start what the outcome would be. I suppose this was my way of shifting the focus of the story from ‘What happened?’ to ‘Why?’ and ‘How?’ And it is those questions – in that story and also in others – that tend to interest me the most.

Thanks so much for taking the time talk with me, Jo. It’s been a pleasure. 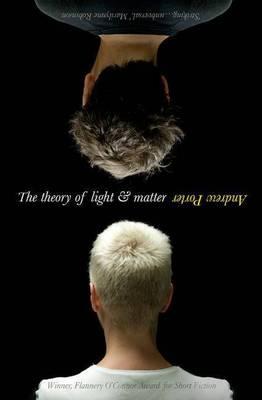