Heitor Villa-Lobos dreamt up the imaginative combination of eight cellos and soprano soloist. His famous composition for such an ensemble is Bachianas Brasileiras No. 5 – part vocalise and part lament – based on the music of his native Brazil and J.S. Bach, and recently recorded on Vocalise by heavenly Catalan soprano Nuria Rial and the Cello Octet of the Sinfonieorchester Basel. Vocalise features the Villa-Lobos and more, including the premiere recording of Catalan composer Bernat Vivancos’s beautiful (but oddly titled) ‘Vocal Ice’. It seems a strange premise for an album – a whole program of music for cello octet and soprano – but, considering the rich and effulgent sound of the ensemble, I’m not complaining.

Until reviewing Vocalise and Wayfaring I was unaware of Pablo Casal’s plaintive arrangement of El Cant dels Ocells (‘The Song of the Birds’), and I’m glad now to have heard both versions. The text suggests something optimistic – ‘Death is conquered, my life now begins!’ – although Casal’s music tells a darker story. Rial’s high, pure voice is apt to sing the bittersweet words, and the collectively melancholic sound of the cellos, much like the combination of guitar and cello, provides heartrending contrast. Vocalise is at once tormenting and joyful. 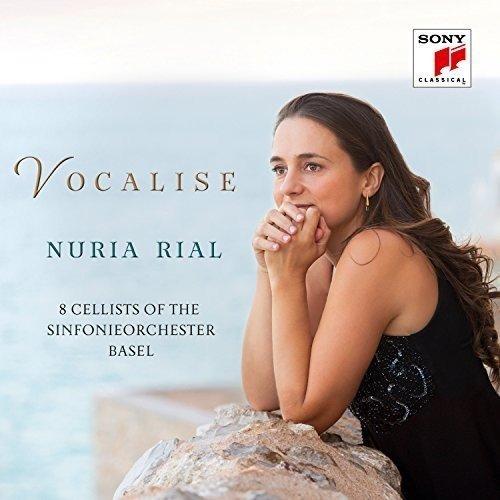