Vladimir by Julia May Jonas

To fellow fans of the campus novel, particularly the subcategory of campus novels set in university English and creative writing departments, and even more specifically, the sub-subcategory featuring plots that focus on the faculty staff of said institutions, Vladimir is your next book. And to other readers, this is the book that will make you want to join the club!

Our 58-year-old narrator is a novelist of middling achievement and a professor at a small college, who also happens to be married to the chair of its English department, John. The couple has a grown-up daughter and a life together, but has also had something approaching an open marriage in years past, during which John had relationships with some (consenting adult) students that the narrator knew about and tolerated. Now, some years down the line, with the moral terrain in total upheaval and the laws governing the exercise of power and consent at last being completely rewritten, John’s trysts are coming back to haunt him in the form of official complaints to the university’s administration and a dismissal hearing. Now the pressure is on our narrator to speak out publicly against these affairs, and though she had nothing to do with them, her silence is being interpreted as being complicit in and condoning John’s exploitative behavior. It seems women – feminists, all – are independent of their husbands … until they aren’t.

Enter Vladimir Vladinski, hot writing property and new junior faculty member, to complicate matters even further. Our narrator finds herself drawn to his talent, and is surprised by her attraction to his person. What follows is a satirical take on the novel of manners, as debut author Julia May Jonas explores the complexities of our current moment, where old ideas and once-sanctioned behaviours and attitudes are found to be unacceptable, and transgressions are to be defended at one’s peril. This book is hilarious, cringe-worthy, and very smart, but never sanctimonious; rather, it reveals and revels in the moral disarray of this era of social and generational change, where everyone everywhere is trying to work out the new rules of engagement. I loved reading through its flawed narrator’s eyes, as she comes to terms with her aging body and its new desires, her changing place in the cultural hierarchy, and the ramifications of the decisions that have shaped her life so far. Vladimir is a lot of serious fun. 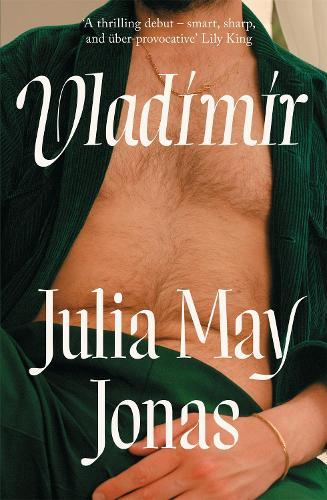