As the clinical interrogator of civilisation’s ills, the detective trawls through the darkest and least accessible pockets of society in search of answers to the riddles that lay before them. What emerges from their cunning, outside-the-box thinking has long made intriguing affairs for audiences. True Detective shatters all prior notions of the detective story by plunging straight into the traumas of two very different investigators, delivering what is arguably the most engaging and innovatively told crime series ever produced.

The series begins within the present-day recollections of Marty Hart (Woody Harrelson) and Rust Cohle (Matthew McConaughey) who, each from their respective interview rooms, cast us back to a dreary afternoon 17 years prior, where, as detectives, they discover the corpse of a young woman whose body bears the marks of ritualised occult sacrifice. Marty, the Louisiana community man, perceives the sight to be otherworldly, heinous, beyond common comprehension; Rust, however, as the brooding philosophical outsider, sees it as something deeply logical, an offering of validation for his misanthropic mind. It is from this memory that other memories are then re-explored and re-experienced, and we are taken on a tour through the morbid underworld of the rural American imagination with two strikingly different thinkers as hosts.

True Detective is especially original in that it seeks to challenge the various forms a testimony can take. The testimonies of Rust and Marty differ between the narratives shown to us and what the interviewers, two other cops who suspect foul play, are actually being told. Other testimonies rely purely on hallucinations powered by Rust’s past experiences as an undercover narcotics agent. With countless scenes sparked by the nebulous firings of memory, the viewing is always edgy, enthralling and unexpected. The hand-held, single-shot action sequences also make for compelling viewing – not to mention the fine performances of Harrelson and McConaughey. In all, True Detective is the kind of show that will keep you up late at night thinking, but it’s worth the lost sleep.

Steve Bidwell-Brown is our Online Fulfilment Manager. He has previously worked as a literary events coordinator for novelists and poets. 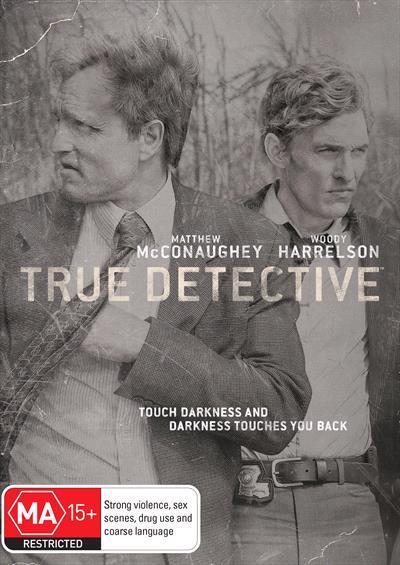