As the title suggests, William Boyd’s new novel Trio follows the interconnected fates of three characters. Elfrida Wing is a novelist formerly celebrated as ‘the new Virginia Woolf’, but she’s mired in a ten-year writer’s block, a displeasing marriage, and alcoholism. Talbot Kydd is a successful film producer, husband and father, former soldier and, in a secret parallel life, an amateur photographer gradually reconciling with his hidden self. Anny Viklund is a talented young American actor of considerable renown, but her unfortunate relationship history refuses to stay in the past. A film project brings all three – and the conflicts between their secret and apparent personal lives – to Brighton, England during the eventful summer of 1968.

It’s a pivotal year globally: student protests across the world (with notable fallout in nearby Paris); the Vietnam War and backlash against it; the civil rights movement, unrest, and assassinations in the United States; revolutions and invasions in Europe; war and famine in Africa – in short, a year too historically significant to summarise here, or indeed in the novel. As creatives at work in an English seaside resort town, Boyd’s trio are mostly distant observers of these events, but the outside world does creep in. Some of these intersections are expected – none are impervious to the enormous social changes of the era. Other incursions from beyond Brighton are unexpected, such as the threatened arrival of an estranged ex-husband, who is now a fugitive wanted by the FBI for terrorism.

While the trio and their crises anchor the novel, the cast is varied and numerous, and there are amusing subplots aplenty. As habitual Boyd readers would know, the author can inimitably convey enormous amounts about his characters’ inner lives and their interpersonal dynamics in just a single scene, with a few choice insights and his knowing yet compassionate wit. In this enjoyably careening novel, you never quite know where you are going, but you’ll find yourself on board and helplessly laughing throughout the ride 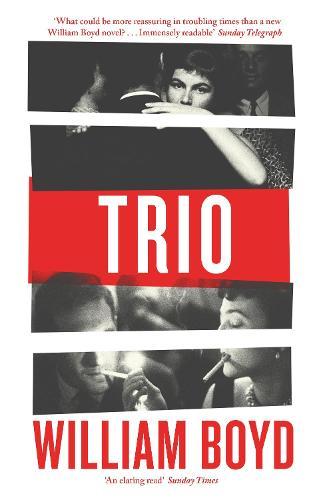