Through The Looking Glass by Lewis Carroll & John Tenniel

When I was younger, I was obsessed with beautiful, old-looking books – you know the type, hardcover with yellowing pages and that smell of dust and adventure. When I first met Through the Looking Glass and What Alice Found There by Lewis Carroll, it didn’t occur to me that it was a sequel to something I hadn’t yet read, all that mattered was that it was the most beautiful, curious book I had ever seen.

I would argue that most people know of Alice Liddell and her adventures in Wonderland, however, not as many people know that not long after her first visit, she went back. When Alice decides to step through the mirror atop her fireplace, she returns to Wonderland only to find that it has turned into a chessboard. As she moves from square to square, reality changes around her. One moment she is strolling through a forest and then with the next step she finds herself on a moving train, with absolutely no explanation other than, well, it’s Wonderland.

An adventure in imagination, this unabridged hardback edition, with the stunning original illustrations from Sir John Tenniel, feels as magical as the story itself. Ideal for readers 10+. 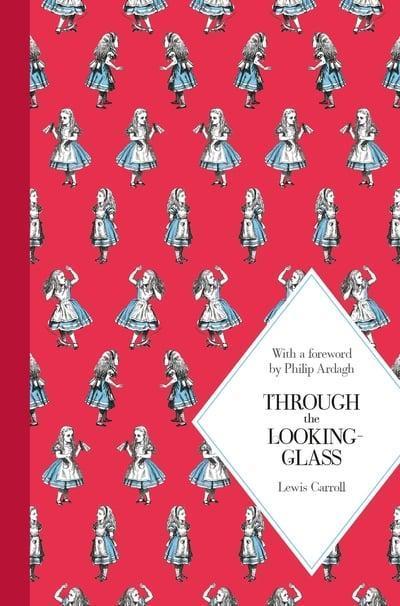