The Word for Woman is Wilderness by Abi Andrews

Erin, 19, goes on a solo journey across the world to live alone in the Alaskan wilderness à la Christopher McCandless, or Henry David Thoreau. Or Jack London. And Bear Grylls is doing it too … In fact, it’s about time a woman was doing this kind of thing! Or at least being recognised as doing such. Which is the point of Erin’s adventure, really. She’s never left England, but with the freedom afforded to her as a middle-class, white person, she’s leaving the familial home. With an awareness of her oppressions and her privileges in check, she travels the Arctic Circle the way only an environmentally conscious millennial echoing the great nature writers of old can: without the aid of aircraft.

On her way she meets a cast of characters, some more and some less sympathetic to her journey. There’s lovers and parental figures, allies and predators. And sled dogs. They all feature in the documentary she is recording about her journey, which is a philosophical investigation into culture, the wilderness, and being a young woman in the twenty-first century. The various topics she discusses are a large part of the novel: from Voyager and female astronauts; whale song and oil; Ted Kaczynski and the Order of the Dolphin; native land and culture, and the appropriation thereof; to the pill and abortion. Oh, and Rachael Carson.

Abi Andrews’ writing is sprawling and peripatetic, drawing many links between a variety of topics; a deliberate foil to the white western male scientific method of separating and isolating things. It is a youthful and exuberant novel, funny and cool. But the subject matter is deadly serious. This is a philosophical rumination on what nature is in the Anthropocene, if indeed it ever existed at all. Moreover, it asks what women are in relation to not only a chauvinist globalised culture, but also a masculine interpretation of wilderness. Read this book. It is amazing.

Michael McLoughlin works as a bookseller at Readings St Kilda. 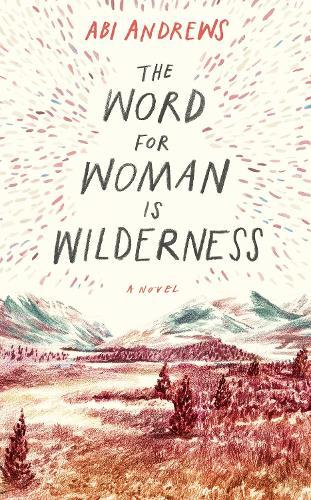 The Word for Woman is Wilderness