The Undertaking by Audrey Magee

On the Eastern Front in 1941, Peter Faber, a German soldier, is fighting for his country. In a not yet divided Berlin, Katharina Spinell is waiting for a conflict she doesn’t understand to end. Fed up with rations and the banality of something so big it’s entirely incomprehensible, Peter and Katharina – having picked each other from a catalogue of photographs – decide to marry.

A thousand miles apart, their ceremonies take place simultaneously. The arrangement is a good one: honeymoon leave for Peter and a pension for Katharina if he doesn’t return from the front. Such is great fortune in times of war. Unexpectedly, or perhaps out of a desperate need to give meaning to their petty lives, when Peter and Katharina meet they fall in love.

Returned to Russia and surrounded at Stalingrad, Peter wonders if he is more than just cannon fodder while Katharina climbs the social ranks of the Nazi Party in Berlin. Consumed by their individual desires, neither appears to fully understand the ramifications of their actions, or those of the party they blindly obey.

Leaving the specific horrors of the Holocaust out of the story, The Undertaking is an empathetic tale about two people who can’t, or won’t, see the truth of the war or the regime they have wed themselves to – it’s this tension that defines Audrey Magee’s debut. Covering the conflict in Northern Ireland for six years as a correspondent for The Times, Magee wanted to tell a story about people whose experience of war pushed the issues and politics to one side: the result is an unsettling read. Light on historical content, The Undertaking is an unlikely romance that’s heavy on the heartstrings. 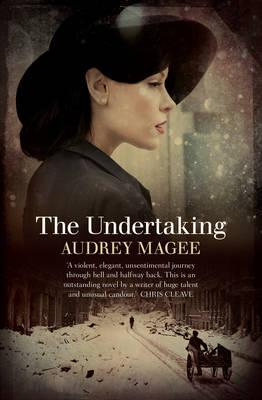