The Romantic is the much-anticipated memoir following Kate Holden’s insightful and honest account of her five years spent as a heroin addict and sex worker in her twenties in Melbourne, In My Skin. Kate discovered the Romantic poets in the last few months of her addiction. Having saved enough money to recuperate in Italy, Kate escaped her past and absorbed herself in the worlds of Byron, Shelley and Casanova.

The Romantic captures the true essence and romance of Italy; the tastes, the smells, the sounds, the sights. You find yourself winding your way down the sleazy laneways of Naples, wandering along the Campo Dei Fiori on a hot summer’s night in Rome and soaking up the stillness of the Southern Italy countryside. It also reveals the sheer loneliness one often experiences when travelling or living overseas (as she prefers to see herself doing) alone. Kate’s love of the language, the country and men and her sexual experiences are at the heart of this story. Each chapter is marked by the men she meets in Rome and Naples, from encounters with strangers to relationships with mostly unavailable men, including her love, Gabrielle, who ultimately betrays her.

Kate’s incredibly engaging writing style and frankness about her sexual encounters that she portrays as intimately as she did in In My Skin, keep you enthralled from go to whoa. 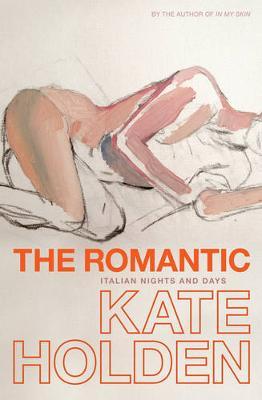 The Romantic: Italian Nights and Days