I wasn’t sure I could review this mini series. Not because I didn’t like it, far from it. This is a brilliantly made series that keeps you engrossed from its first minute to its last. Russell Crowe absolutely nails his role, as do all the supporting players. No, it was because I found the story so confronting that I can’t be impartial.

Russell Crowe plays Roger Ailes, head of Fox News from its inception until his forced resignation. His absolute brutality and lack of any moral code drive his desire to make Fox a mouthpiece for his own beliefs. When Rupert Murdoch launched Fox News, Roger Ailes declared, ‘At Fox, our job is to be objective! Fair and balanced.’ Once Ailes was in control, that purported belief went out the window.

Ailes was, in truth, a master of spin and self-marketing. It was his opinion that the television news cycles in America were all left-leaning, so his idea was that those networks could fight it out amongst themselves for the fifty-ish per cent of the population that followed them. Fox would then be left alone to cater for the other fifty per cent, those who were tired of news they had no interest in believing. Ailes himself had many believers, but over time even they turn1ed against his credo, which was that the truth did not matter, what was important was giving Fox’s base exactly what they wanted to hear.

Any of this starting to sound familiar? According to The Loudest Voice, Ailes was, after all, the man who coined the phrase ‘Make America Great Again’ when advising Donald Trump in the early days of his first presidential campaign. But that was after Ailes’s reign at Fox News came to an abrupt end due to high-profile, and numerous, sexual harassment allegations against him.

If even half of this retelling is true, then Roger Ailes had his finger on the pulse of a divided America. He was a genius but, unfortunately, pure evil! 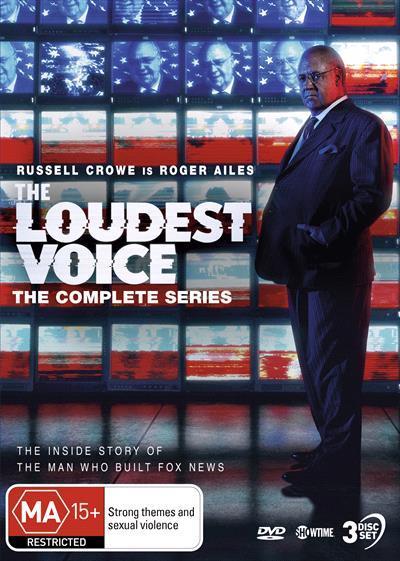