Dev is stuck in sleepy little Edderton and he hates it. He has no friends (even though he’s secretly intrigued by karate-kicking cool girl Lot), and he’s a constant target of Mason, the school bully. Even the fact that his uncle is in charge of The Inventory – a top secret, underground bunker full of amazing inventions – isn’t much of a consolation prize, since Dev isn’t allowed to touch any of them. Though that doesn’t stop him from taking the HoverBoots for a spin every now and then.

After Lot and Mason pay Dev a surprise visit, The Inventory also receives a few more unwanted guests: a gang of expert thieves hoping to infiltrate the bunker and steal a piece of technology called the Iron Fist. Now Dev, Lot and Mason will have to outwit the thieves to stop the Iron Fist from falling into the wrong hands.

This is an action-packed read full of explosions, hacking and literal cliff-hangers that readers 10 and up will race through. 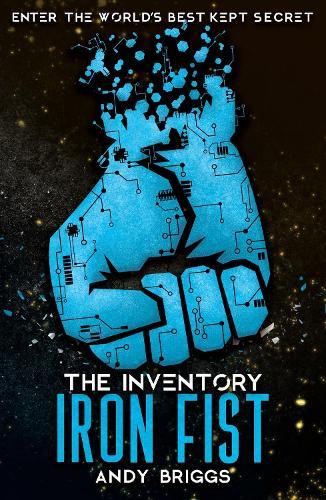