The Heart’s Invisible Furies opens with Catherine Goggin being publicly shamed and violently thrown out of her church and country town in Cork. As she is hurled out the door she’s given a kicking by a priest who has secretly fathered two children to two women. The cause of her perceived shame will become Cyril Avery, the adopted child of one of Ireland’s most significant novelists and her banker husband, a man who can resist neither women nor creative accounting. Although the book is variously set in Cork, Dublin, Amsterdam and New York City, it is at its core a coming-of-age tale of Cyril Avery and, to some extent, of Ireland. It is also a dark, hilarious, searing story of hypocrisy and everyday horrors – horrors that are everyday only in their appalling frequency and the lack of concern the majority of the public feel about them as they occur.

Even as John Boyne effortlessly amuses with a cast of endearing characters and their often ill-fated decisions, the lives they lead from that terrible moment in Cork in 1945 until the book’s conclusion in 2015 involve more than their fair share of tragedy. Sadly, there is nothing hyperbolic about the apportioning of suffering to several of the central characters – Boyne’s story accurately reflects both the random cruelty of life and the utterly despicable, incomprehensibly vindictive brutality of which some humans are capable.

Prejudice, particularly homophobia, is behind most of the shocking events in this unforgettable book – often fed by religion, ignorance or fear, never excusably – but for all the heart-wrenching twists and turns, Boyne’s story is stomach-achingly witty, sleep-deprivingly gripping, and his message is ultimately hopeful. 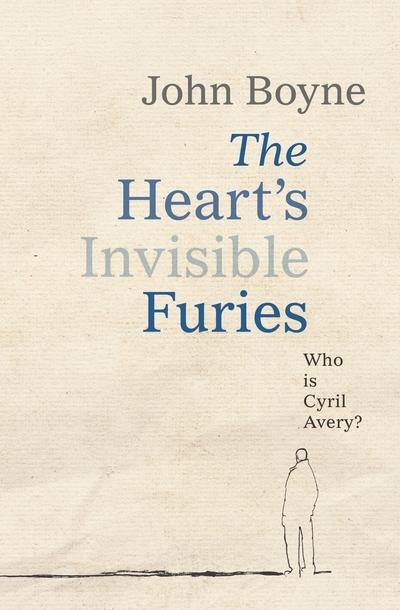