The Bridge by Jane Higgins

Nik Stais has grown up at the Tornmoor Academy on the City side of the river, with all of his efforts directed towards being chosen by ISIS (Internal Security and Intelligence Services) in his final year. But when the ISIS recruiters come calling, Nik is passed over, much to everyone’s shock. Nik begins to push for answers from his teachers, but a wall of silence descends. He is interrupted in his personal quest by the shock bombing of his school by hostile forces from the Southside of the river. In the ensuing chaos, Sol, the little brother of Nik’s close friend Fyffe, is kidnapped. Nik and Fyffe travel over the bridge to Southside on a dangerous mission to try and find Sol.

It’s easy to see why The Bridge was chosen as the winner of the 2010 Text Prize for Young Adult and Children’s Writing. It is an intelligent, complex and gripping book that reminded me in parts of Suzanne Collins’s Hunger Games trilogy. Though dystopic in nature, it feels 100 per cent real, and raises many interesting issues surrounding war, power, politics, propaganda, militarism, terrorism, ideology and religion. Nik’s physical journey to the unknown, feared and despised Southside of the divided City, is paralleled by an internal journey that sees him question everything he was ever told about the Southsiders, and moves him closer to the truth about his own family history. This is one of those rare books that manages to be layered and thought-provoking, as well as action-packed and entertaining.

Leanne Hall was the 2009 winner of the Text Prize for Young Adult and Children’s Writing and is a children’s specialist at Readings Carlton. You can follow her on twitter - @lilymandarin. 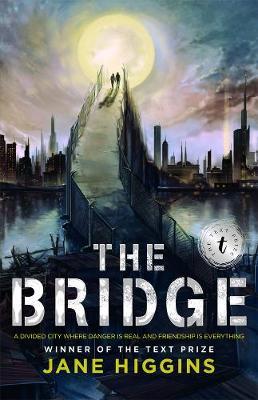