Redhead by the Side of the Road by Anne Tyler

Micah Mortimer ‘… lives alone; he keeps to himself; his routine is etched in stone.’ Micah’s an ordinary man. He dropped out of college to found a start-up with a friend; that failed and since then he’s kept himself going with odd jobs and tech support for elderly ladies, and fathers who want the porn wiped from their kid’s computers. He also doubles as the supervisor for his apartment block, putting out the rubbish, the recycling (1A never flatten their boxes as they are supposed to do) and doing odd jobs like fixing the light switch in Yolanda’s apartment (she’s trying online dating again).

Micah prides himself on being a very good driver and fantasises that the traffic god looks down upon him, commenting on his exceptionally responsible driving style. He has a girlfriend, Cass, a primary school teacher; they don’t live together, just get together a few times week and sometimes one of them stays over at the other’s house. Cass is comfortable, with a wide-open face and an easy nature, although she does like to have music or noise on all the time; Micah can’t understand why. In the evening, when Cass isn’t with him, Micah likes to play solitaire on his phone before he goes to bed.

This looks to be pretty much the gamut of Micah’s life until one morning the eighteen-year-old son of a former college girlfriend turns up at his door; he’s Brink Adams and looks like a well-off kid. His mum is a lawyer, for legal aid, and his dad is a corporate lawyer; they don’t understand him and his dad is not his biological father. When Brink was looking through a box of photos with his mother, they come across a photo of Micah. ‘He was the love of my life,’ she says. Brink is convinced that Micah is his father, although the problem is that Micah never slept with Brink’s mother.

Since reading The Accidental Tourist in the early ’80s, I’ve loved Anne Tyler’s work. I find her portraits of ordinary people and families grappling with everyday life very comforting and, especially in these times, that’s something I, and many people, need. This book is just the ticket. 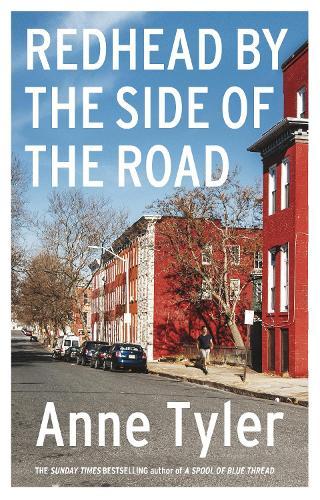