Lionel Shriver is a difficult author to admit to liking these days. Ever since her controversial speech about cultural appropriation at Brisbane Writers Festival, confessing to being a fan of her work has been almost as problematic as donning a sombrero to crudely illustrate a point (which she did). That said, she’s an excellent writer. She has a knack for dramatising the power dynamics of our relationships and articulating the pettiness that can arise when things go wrong. She cuts through social niceties in a way that has been variously described as razor-sharp, biting and pitiless. Her incisive social commentary makes for uncomfortable reading at times and she is prone to hectoring her readers – however, her ability to nonchalantly nail topics such as school shootings, maternal ambivalence and the complexities of healthcare in the U.S. is impressive.

Property is Shriver’s first collection of short stories and it explores the idea of property in every meaning of the word. The stand-out story, ‘The Standing Chandelier’, is a brutal dissection of male–female friendships in which a woman with a propensity for being disliked by other women gives an extravagant engagement present to her male best friend. His fiancée sees red and the ghastly, comic fall-out slyly reveals the various ways in which people try to possess one another. Another highlight is the irony-rich ‘Vermin’ which riffs on the modern housing market by portraying a first-home purchase as the death knell of a relationship after a once-bohemian musician becomes obsessed with home maintenance.

Shriver is at her best when she balances emotional affront with black comedy, and there’s a precision to her pillorying of home ownership, cohabitation and other domestic perils that is remarkable. As usual, her blatant lack of apology for creating unlikeable characters may irk some readers, but her skill at pacing and plot makes up for it. There’s no denying it, Property is a compelling read. 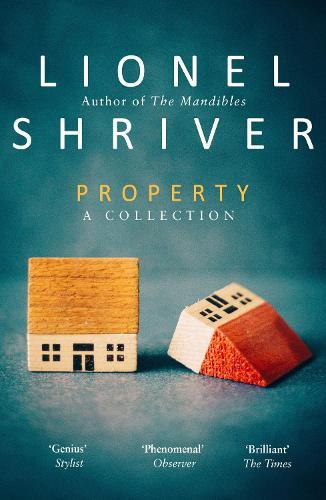