In the post-9/11 era, foreign wars, financial meltdowns, diminishing opportunities, and increasing alienation have shaped the United States of America. A generation of young people have come of age in the shadow of the collapse of the Twin Towers – their lives defined by continuing crises; by multiple national tragedies that have triggered significant personal aftershocks.

In Stephen Markley’s bold debut novel, Ohio, characters carry the scars that come with living in this state of near-permanent post-traumatic stress. Framed predominantly around one night in the summer of 2013, Ohio narrates the fateful return of four ex-classmates to their hometown in the northeast of the state that gives the novel its name. Now in their late twenties, Bill Ashcraft, Stacey Moore, Dan Eaton, and Tina Ross converge on the fictional town of New Canaan – far from the biblical Promised Land implied by this name – seeking some form of redemption and resolution for their pain. Markley flashes back to their high-school years, to their various entanglements, and to that ‘defining time’ when 9/11 and the subsequent invasion of Iraq drew a line through the heartland and through their lives.

Across its 400-plus pages, Ohio takes in social activism, sexual assault, the scourge of methamphetamines, and the wounds of war to paint a portrait of life in America now. But Markley’s isn’t a clinical dissection. He writes with a fervent, emotional tone that places human lives at the centre of this national breakdown. Markley takes risks, and I admire them, even if they don’t all quite pay off. Sometimes characters function too much like broad mouthpieces for big ideas; sometimes events are pushed to the extreme. But Ohio is an ambitious novel grappling quite intimately with problems that have no simple solutions. It’s also a vital reminder that in times of crisis, fiction doesn’t need to offer us all the answers, but should ask questions that shine a light in the darkness. 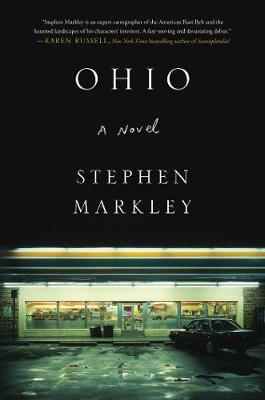