The year is 1348, and it’s a deadly one. Quite literally. As with pretty much everywhere else, the Plague (or Black Death) has ravaged the Irish landscape, decimating the population. The survivors and the few resources left are easy prey to looters and brigands. One enterprising sort, Osprey de Flunkl, a fourteenth-century megalomaniac, is on a mission: to pull off a massive land acquisition he is buying up all the lands where the owners have perished. On this venture, de Flunkl is accompanied by serfs William and Harold; the latter proving the foil for de Flunkl’s greed. Throughout, there are passages featuring doomed and steadily maddening townspeople, many of whom are quarantined, as well as encounters with gangs of Gaels – rivals for de Flunkl. At the final destination, the township of Nobber, these groups converge and are confronted by the town’s colourful remaining inhabitants, including a naked blacksmith. Yes, you read that correctly.

This is perhaps one of the more experimental books to emerge this year, and one of the things I really enjoyed about it was the prose. Wordy, for descriptive purposes, but also to emulate historical texts: in particular, the chivalric, peasant and macabre tales from the eighteenth and nineteenth centuries that influenced the author. Indeed, Oisín Fagan’s own macabre ‘childhood imaginings’ including ‘corpses growing in the fields … the accidental litter of some local historical carnage,’ which he described in a column in the Irish Times in 2018, are also evident here, as in Hostages, his earlier work. Nobber is darkly humourous, providing sharp criticism of (de Flunkl’s) capitalism, and the role of money to society: ‘money is the king’s estate and the king’s estate is almost broken because there is no vision beyond it … his face is on these coins and they are the remnants of some older people’s vision that cannot be abnegated with a mere word …’ 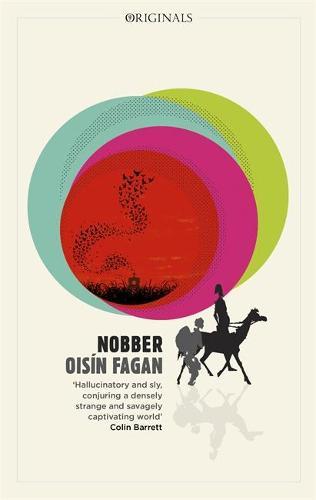