N by John A. Scott

John A. Scott’s long-awaited novel, his first in over a decade, is set in an imagined, though frighteningly familiar, Australia. It is the early 1940s and Melbourne is a fractious city. A corrupt right-wing government has recently seized a balance of power and the country is at war against a southward-moving Japanese army.

N is both a brilliant political thriller and the telling of two different, but equally affecting, love stories. The alternating narratives – of modern artists, implicated public servants and defective soldiers – spread and intersect like secret underground tunnels, carefully mapped by Scott. Navigating these, it’s impossible to ignore Scott’s contemporary subtext. In this, N compares to the work of Alexis Wright, for its play with genre and strange, folkloric landscapes, and also to Peter Carey, with its mischievous narrative underpinning. Scott writes from a multitude of characters’ perspectives and in changing narrative styles, adopting the techniques of documentary realism through to prose poetry. The novel is richer, and clearer, for these shifts.

N is particularly animated by its surreal moments; for one example, the hallucinations of war artist, Vic Turner, are visceral and unsettling in their force. Though, equally elegant are Scott’s descriptions of the every day – the changing weather, a child playing with his toy soldiers as his mother watches on.

Scott has crafted a book of grand scope and meticulous intricacies, a weighty, significant contribution to the catalogue of Australian literature. Simply put, this novel is a tour de force. The work commands a careful reading – those who ride with the twisting furrows will find that N is nothing short of superb. 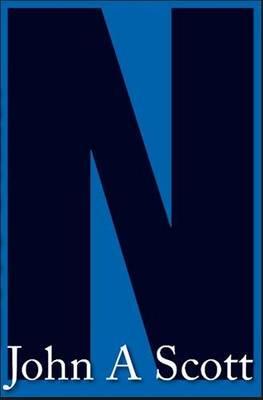