Prepare to be taken uncomfortably deep into the Third Reich. Our narrator, Konrad, begins his story in utero – immediately demonstrating an ambitious nature and unswerving devotion to the Führer. Konrad has been conceived as part of the little-known Nazi Lebensborn program, a practical attempt at eugenics that paired selected German women with SS officers to produce thousands of ‘superior’ Aryan babies.

Max is a fascinating and disturbing journey into the mind of a child raised by a regime; a child who is indoctrinated, traumatised, and denied all affection and family. Konrad’s early care, schooling, and the eventual chaotic collapse of the Reich make for harrowing reading. The Lebensborn program extended to the kidnapping and ‘Germanisation’ of blonde-haired, blue-eyed Polish children, and it is through his fascination with Polish-Jewish boy, Lukas, that Konrad gradually faces the lies and misinformation of the Reich, and develops a fledgling moral awareness. The physical and political battles between Konrad and Lukas are gripping, and so is their growing trust and friendship. Neither is an innocent, and both are ensnared in a perilous situation where one wrong step can result in death.

Max is highly original and moving in its depiction of both the bravery and resilience of children, and their ability to engage in acts of evil. Author Sarah Cohen-Scali has written a unique, sensitive and morally complex depiction of two lost and damaged boys. Little is held back in this book – and it is for that reason that I’d recommend it for teenagers 13 years and older. 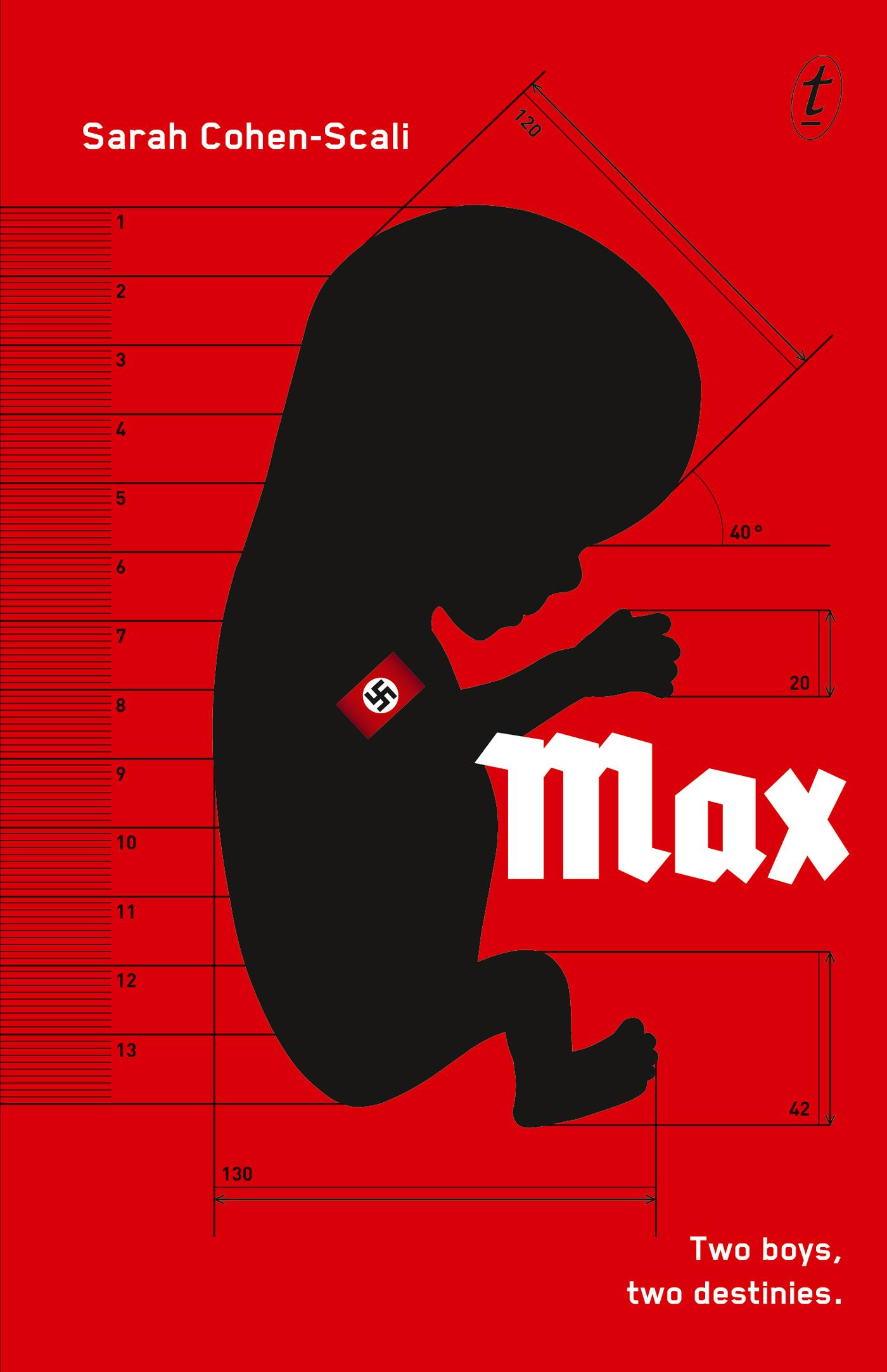