Letters To The End Of Love by Yvette Walker

Yvette Walker, a fellow bookseller from Western Australia, has written a treat here for those who enjoy gently unfolding narratives, and characters who reveal themselves quietly. There is no sudden change of gear here. This is, after all, a novel entirely based on the noble art of letter writing: illustrious exchanges between people that have loved and longed for one another.

Crossing time, countries and relationships, the lives of three couples are exposed through their pain, history and mistakes. In England in 1948, a retired doctor writes letters to the love of his life, Peter, a German artist he lived with in Vienna during the 1930s. The anguish of history, and its impact on the chances for love, is retold with great regret. Another couple’s story is set in 1969, near Cork, and involves a Russian painter, Dmitri, and his Irish novelist wife, Caithleen. They write letters to one another as they try to understand a fatal illness. For me, this is the most poignant of all letter writing: an acceptance of a farewell. On Australia’s west coast in 2011, a bookseller named Lou writes to her estranged partner, Grace, in an attempt to resurrect their relationship. With each answer and reply, their lives become more detailed, and the tragedy of long-lost love is revealed.

This is a debut novel that has a powerful structure. It calls out to all of us rushing from one place to another, texting, tweeting and emailing, and reminds us that the time taken to construct a letter is as important and compelling as what is being written. To take pen to paper, and to reflect sentiment in a passage, seems a more satisfactory and legitimate record of what devotion means and why. Walker has created a cast of characters that invoke the meaning of relationships, here, now and long gone.

Chris Gordon is the Events Coordinator for Readings and is a committee member of The Stella Prize. 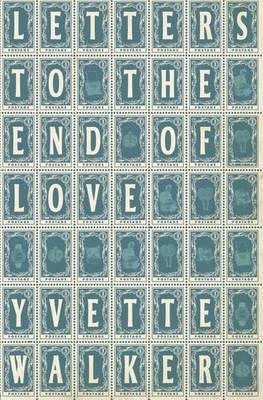 Letters to the End of Love