Leave No Trace by Mindy Mejia

Mejia’s first book, The Last Act of Hattie Hoffman, was a wonderful study of a small town dealing with large problems. In Leave No Trace, the trouble is much more personal. The city of Duluth is rocked when a store theft turns into something more deadly and the young man at the centre of it is the near-mythical Lucas Blackthorn: The Lost One, the boy who vanished into the Minnesota woods with his father ten years ago. With Lucas unresponsive and violent, the only person who seems able to get through to him is the punky, capable speech therapist Maya Stark. Once she establishes that Lucas is no wild boy, but a grown man perfectly capable of lucid conversation, other things become clear: Lucas is angry, scared, and he knows something about Maya that even she does not, something about her and the Boundary Waters where he was lost. As the two form a bond, the secrets that all crime fiction protagonists keep begin to surface, and Maya can only help with Lucas’s future if she is able to confront her own past.

Mejia is a beautiful writer, and the Boundary Waters and Minnesota’s forests and rocks alike come alive on these pages. Maya is tough, able to fight off any of the patients in the psychiatric institution she works in, but also unable to make any real friends in a world where she has only known abandonment and pain. Even her father, who she loves, leaves too often – or not often enough – for the lakes and the shipwrecks underneath them. In the solitary and struggling Lucas, she finds something of a kindred spirit, even though he leaves a trail of violence behind him like footprints in snow. This is an icy and compelling tale of loss, death, and discovering what’s underneath the frozen surface of a human being. 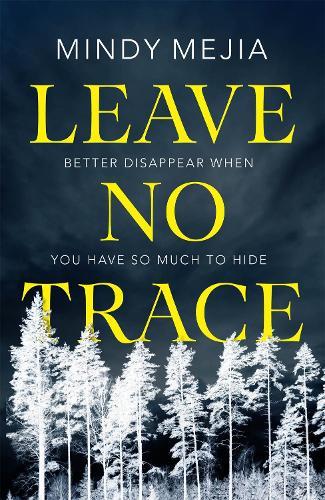