The latest book from Teju Cole is a collection of essays, put out over a number of years, from various magazines and loosely arranged into three categories: reading, seeing and travel. While it would be easy to find the essays disjointed no matter how they’ve been curated, there’s an incredible amount of insight that builds and builds, and while they do move from cultural criticism to travelogue to memoir, Cole’s essays are something much more interesting when they land in-between.

Starting off with a meditation on James Baldwin, Cole moves on to a range of subjects, such as the collected poems of Derek Walcott, a visit to grave of WG Sebald, the music of Bach and Beyoncé, an interview with fellow writer Alexander Hemon, a meeting with VS Naipaul and a small consideration of the work of Australian composer Peter Sculthorpe.

For those familiar with Cole’s work this kind of erraticism is not a surprise. His fiction is filled with these kinds of diversions and meditations, and while the range of subjects is definitely interesting, what’s much more illuminating, and to be honest more substantial in this book, is the opportunity to see the unfolding pattern of Cole’s thoughts.

Talk of Derek Walcott’s use of metaphor as a ‘fine surprise’ is later invoked in a book review where metaphor is ‘a ferry for the uncanny, a deployment of images so exact the ordinary becomes strange and the strange becomes familiar.’ A review of Julius Caesar contains a story about Abraham Lincoln predicting his own death in a dream.

When pushed on his own process, Cole says that he finds the distinction between non-fiction and fiction ‘odd’ and that ‘painters know that everything is a combination of what’s observed, what’s imagined, what’s overheard and what’s been done before.’ In Known and Strange Things his gives us a glimmer of what he’s talking about. 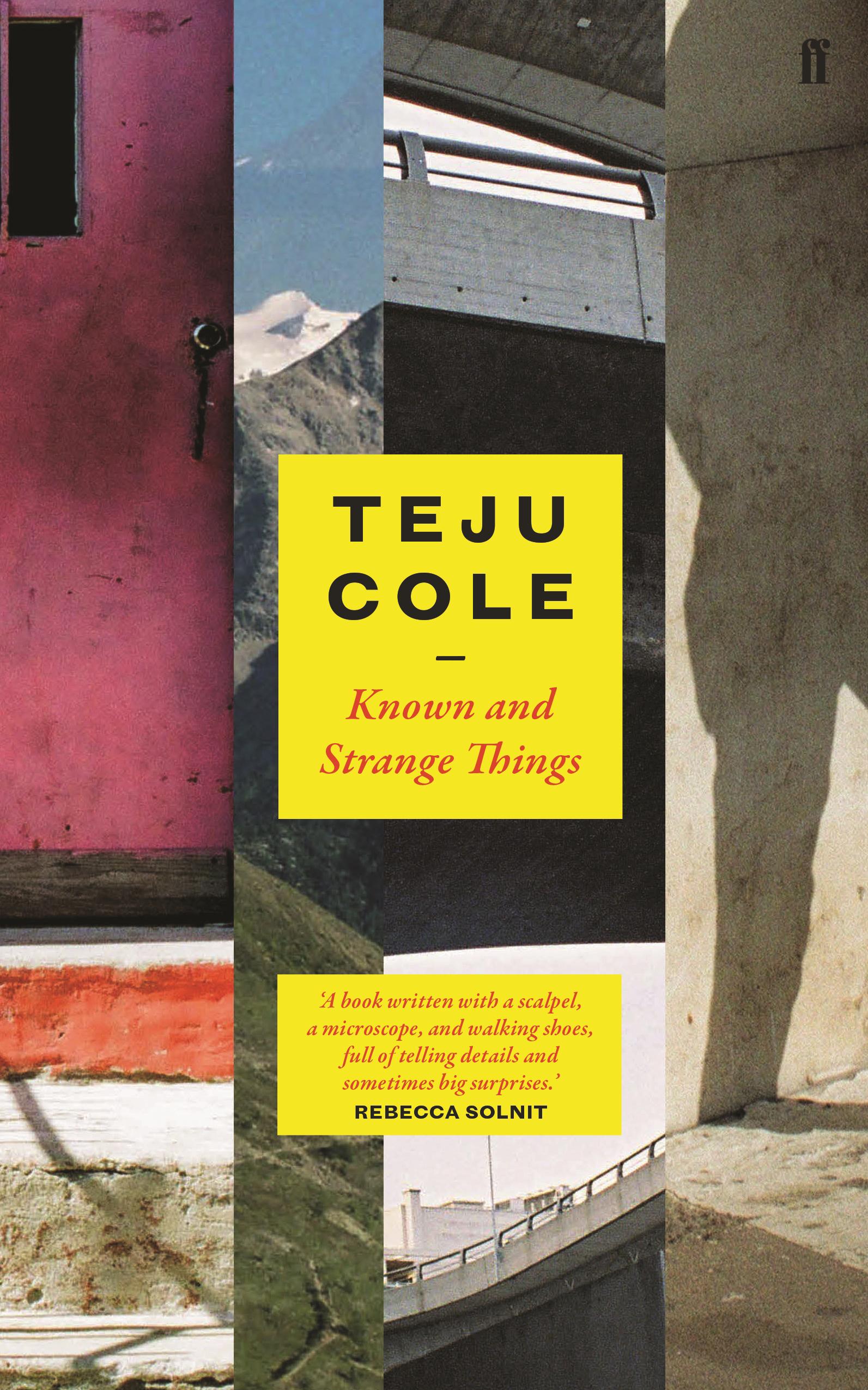