How to Kidnap the Rich by Rahul Raina

Working his way from being the son of an abusive chai seller to the ‘manager’ of one of India’s most beloved television game show hosts, Ramesh Kumar has done many things, including securing the top place at the All India exam, the most important university entrance exam for school students. The catch? He sat it for someone else.

Soon Ramesh is working with his new ‘boss’ – the man he sat the exam for – to become as wealthy as he possibly can, escape the poverty that plagued much of his childhood and make amends for the mistakes he believes he made in the past. But Ramesh finds out the hard way that getting rich is not as easy as he thought. First, he must prevent his boss from giving away their examination secret, while also avoiding the wrath of a temperamental and sleazy TV producer with an agenda of his own. Plus, Ramesh is falling in love with a beautiful and trusting colleague. A sudden kidnapping throws his plans into chaos and soon Ramesh and his boss are involved in an increasingly complicated web of lies from which they need to untangle themselves.

How to Kidnap the Rich is Rahul Raina’s debut novel and touches on a wide range of issues in India. From a critique of Western intervention to the treatment of women, to caste, class and corruption, Raina’s writing opens a window into the multifaceted realities of growing up in India. How to Kidnap the Rich is a fast- paced and darkly humorous novel and will appeal to those who enjoyed Aravind Adiga’s The White Tiger.

Julia Gorman is a bookseller at Readings Carlton. 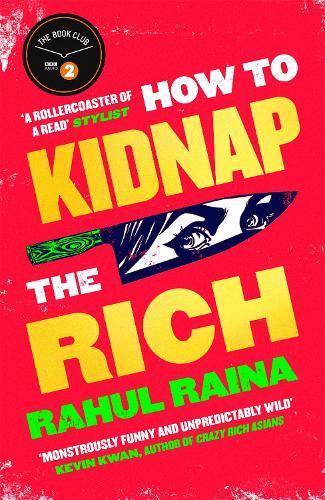 How to Kidnap the Rich: ‘A joyous love/hate letter to contemporary Delhi’ The Times