Here On Earth: An Argument For Hope: Tim Flannery

Tim Flannery is a distinguished biologist. He has made significant contributions to our understanding of the unique biota of Australia and New Zealand. Like many of us who began life as narrow scientists, he was driven by the science to be concerned about the impact of humans on natural systems. When he became aware of the devastating effects of climate change, he wrote a best-selling book on the topic, was chosen as Australian of the Year and used that position very effectively to stimulate public debate of the issue.

This book addresses the broader issue of human ecology, the cumulative impacts of humans on natural systems and the prospects for redirecting the trajectory of development onto a sustainable path. He concludes, like the Hawaiian futurist Jim Dator, that we are responsible for ‘our rose’. We have modified natural systems so substantially that there is no practical way to return the Earth to its state 200 years ago. So we now have to take responsibility for handling its altered condition. Flannery gives an excellent summary of the macroscopic changes that humans have superimposed on the Earth’s natural systems. This leads inevitably to the specifications for what the Global Scenarios Group calls a Great Transition that would enable a sustainable future. The book is liberally peppered with striking data and anecdotes that should enrage any thinking reader. It includes the shocking figures about blood-lead levels in Mount Isa children and the enormous quantities of nuclear waste dumped in oceans, including the fissile material from 17 Russian nuclear submarines.

Flannery has a well-deserved reputation for fluent and engaging writing. This book is no exception. It presents a series of complex and challenging concepts clearly and unambiguously, setting out the strong case for a new approach. There are a few uncharacteristic slips that should not have escaped the editing process. One unfortunately worded sentence blurs the components of Australian population growth and could reinforce the widespread myth that the increase is solely due to immigration. The discussion of the success of the Montreal Protocol is oversimplified; it was only after the agreement was strengthened at subsequent meetings in Stockholm and London that the treaty finally banned production and release of CFCs. The costing figures for Borisov’s ambitious geo-engineering scheme are clearly wrong.

Flannery attributes our irresponsible behavior to ‘discounting the future’, not formally as practiced by financial analysts but informally in the sense of being obsessed with short-term gratification. Apart from discussing the psychological problems that beset the economics profession, he doesn’t discuss the root cause of our problems, the mindless pursuit of economic growth. His perceptive analysis of governance issues is strangely silent about the role of transnational companies. The omission is particularly pointed given the role of international resource companies in the removal of our prime minister and the related political acceptance of irresponsibly expanding the export coal industry.

But these are minor criticisms. This is a very good book. It should be required reading for politicians and corporate leaders.

Professor Ian Lowe is the president of the Australian Conservation Foundation. His most recent book is A Big Fix: A Radical Solutions For Australia’s Environmental Crisis. 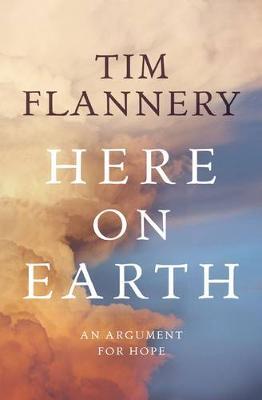