A young family – Anders, Cecilia and their daughter Maja – are on the Swedish island of Domarö for a winter holiday. They ski across the icebound snow to the lighthouse island of Gåvasten for a picnic. Thinking their daughter is safe with nothing but snow surrounding them, they let her out of their sight. And that is the last anyone sees of her.

Two years later, Anders returns to the island, bringing with him an alcohol addiction and, after the breakdown of his relationship, almost no hope. It is then that he realises some questions were never answered about Maja’s disappearance, and that other questions were never asked in the first place. And that perhaps the beautiful summer vacation island of Domarö is hiding an awful secret that threads through the community’s past and out into the sea itself.

I adored the Swedish film version of Let the Right One In, which led me to read Lindqvist’s last book, Handling the Undead. This is a much better book; it follows the same desperation felt by a parent who loses a child, but isolating the book’s setting was a great improvement. Harbour is a haunting story, the kind that delivers genuine chills, immersion in the characters’ lives, and possibly a slight fear of the ocean. (Until I shake this off, I’m just glad I work at one of our more inland stores.) The narrative dips into the past, a device that can sometimes ruin a novel’s flow but, in Lindqvist’s hands, pulls the reader deeper into the story and creates a full background for everything that happens. And it is an exciting, unflinching, evocative story of how isolation can change the game plan. Like Stephen King on a good day, Lindqvist taps into the surreal but not to the point of the ridiculous: just enough to test your nerves. And win. 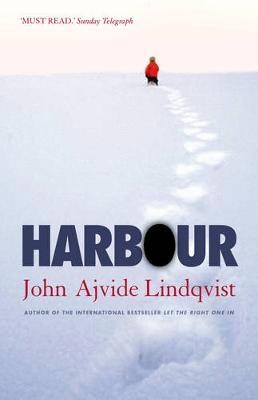