Christie Tate, by most objective measures, is a success. She’s graduating top of her class from law school and is well on her way to a high-powered career. But underneath her veneer of control lies an unsettled body and mind. Struggling with a history of bulimia, suicidal ideation and anxiety surrounding her inability to maintain a healthy romantic relationship, Tate begins group therapy with the unconventional Dr. Jonathan Rosen. Starting with 90 minutes per week, Tate joins more and more of Rosen’s groups over the years until she is participating in 280 minutes of group therapy a week. (I can’t imagine being able to commit that much time to therapy as a bookseller, much less as a high-powered attorney working at one of the most prestigious law firms in the US.)

Tate is a bit of a controversial figure. She came under fire in 2019 for an opinion piece in the Washington Post about her refusal to stop writing about her daughter after being explicitly asked by her child not to. This compulsion to write honestly and openly is evident in her debut book. It is an intensely personal, unflinching account of her life in therapy – warts and all. Tate transports her readers right into the group with her and you feel like you’re sitting in that circle with Dr. Rosen and a varied cast of characters. The reading experience is both enlightening and frustrating. I constantly alternated between wanting to give the vulnerable Tate a hug and wanting to physically shake some sense into her. In spite of my frequent frustrations with Tate as a figure in this narrative, there is no denying that this is a welcome addition to the growing number of books aimed at destigmatising therapy. I recommend it for fans of Lori Gottlieb’s Maybe You Should Talk to Someone, and Gillian Straker and Jacqui Winship’s The Talking Cure. 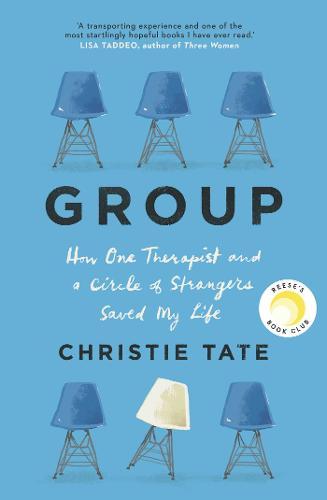