Girl. Boy. Sea. is a story about a young boy’s perilous journey of survival, cast adrift on the vast Atlantic Ocean with meagre food and water to live on. The story opens with a small crew of teenage boys and their captain as they set sail in training for a Youth Sail Challenge. But tragedy strikes suddenly when a wild and powerful squall forces all of the crew to abandon ship and take refuge on a life raft. All except one.

Fifteen-year-old Bill is left stranded on the sinking yacht. With mere minutes to spare, Bill acts on adrenaline and gathers together some essentials, tosses them into a small wooden tender and casts off alone onto a raging, tempestuous ocean that seems intent on swallowing him whole. Surviving the storm is merely the first challenge, for hunger, thirst and exposure bring torments of their own. As a reader, one may wonder whether magic, delirium brought on by exhaustion and extreme hardship, or fate is responsible for what happens next, but when Bill finds Aya clinging to a buoy, smelling of near death, his own survival story gets even more complicated.

This is a remarkable story about the stoicism of the human spirit and its tenacious capacity to survive, especially when there is someone else to fight for. Ultimately, this is a story about Bill and Aya, their fated meeting, and the remarkable power of storytelling to bridge connections between the most unlikely of companions. 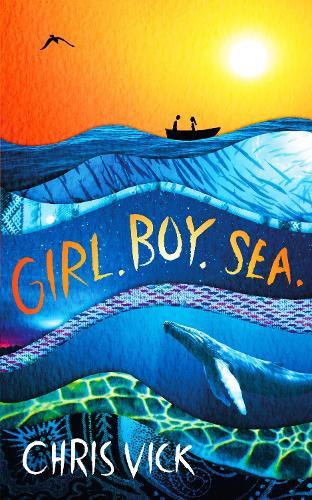