In Five Star Billionaire a large cast of migrants battle to find security and happiness in a New China that is hurtling into the future. Malaysian author Tash Aw skilfully juggles the perspectives of all these loosely related characters: the heir to a property development empire, a fiercely aspirational young woman, a disgraced pop star, a lovelorn businesswoman, a smooth philanthropist and an unnamed writer of self-help books.

Aw takes a painterly and impressionistic approach to the city of Shanghai, focusing on the lights and colours of a metropolis that morphs daily in the name of progress. The relentless demolition and construction of the physical city is mirrored in the destruction and rebuilding of individual identity. The characters of Five Star Billionaire all recognise that survival requires their personal histories to be erased and replaced with something newer and shinier. Yet what grows clearer towards the end of the book is that it is very difficult for people not to let past events drive future actions, no matter how much the more superficial aspects of their lifestyles may have changed.

Following the separate threads requires concentration, but the rewards are many. Aw’s characters are isolated and deeply insecure, tethered to the past even as they try to shrug it off, but their resilience and pugnacity insure them against pity. There’s great pleasure to be had in glimpsing these varied slices of life, and Five Star Billionaire gives true insight into the forces driving modern China.

Leanne Hall is a children’s bookseller at Readings Carlton. Her novel This Is Shyness won the Text Prize for Children’s and Young Adult Writing, and her latest, The Queen of the Night, was released in 2012. 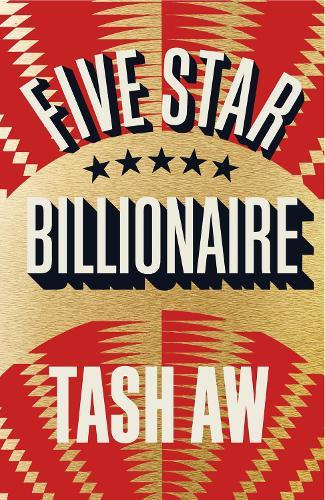